For devotees of HBO’s drama series True Detective, you could be forgiven for thinking Lera Lynn is as dark and melancholy as the mysterious singer she plays so well from The Black Rose, the dive bar featured in the second season which sees its fair share of unsavoury characters (not least Colin Farrell’s Ray Velcoro). 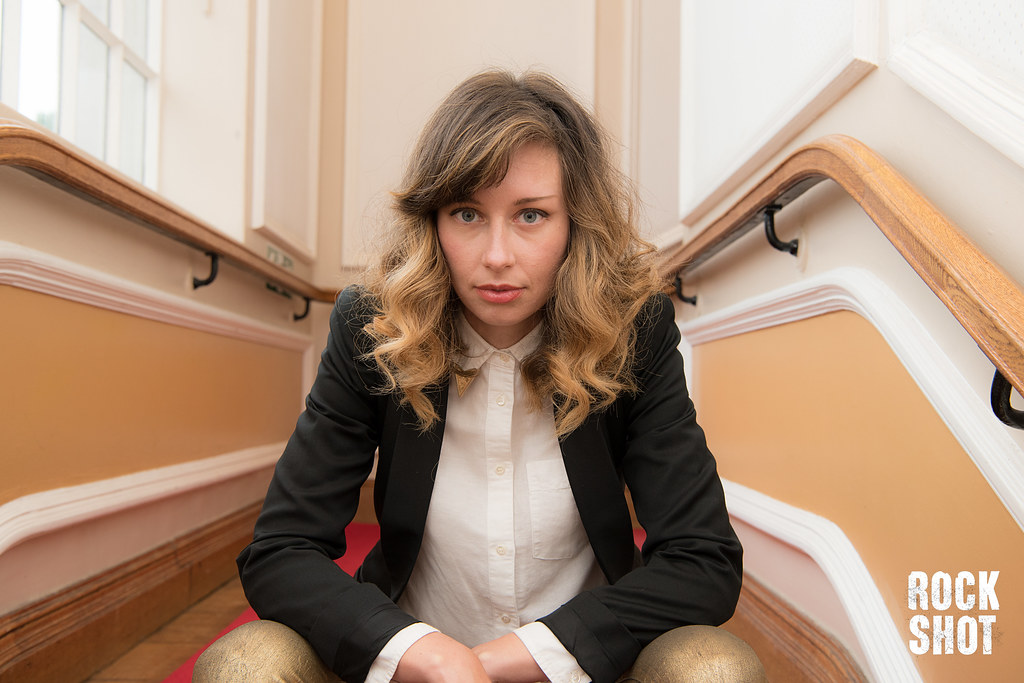 The bar scenes and Lynn’s presence alone are captivating, with a deeply evocative voice and haunting melodies that evoke images of Julee Cruise in David Lynch’s Twin Peaks, and there is a haunting sadness about her performance. Yet, her music in real life is far from sad but just as powerful.

Nashville-based songwriter-guitarist Lynn was born in Houston, Texas and raised in Georgia. She released her debut album Have You Met Lera Lynn? in 2011 and two releases in 2014, including the critically-acclaimed US album The Avenues. Soon after she began creating music for the second season of True Detective, working with songwriter and music producer T Bone Burnett and collaborating with singer-songwriter Rosanne Cash. This led to series creator Nic Pizzolatto casting Lynn as a recurring character and introduced her music to a wider audience. The response was staggering; True Detective’s teaser trailer, which featured a clip of The Only Thing Worth Fighting For generated more than 35 million views in months and helped shape the deliciously dark direction of the series. 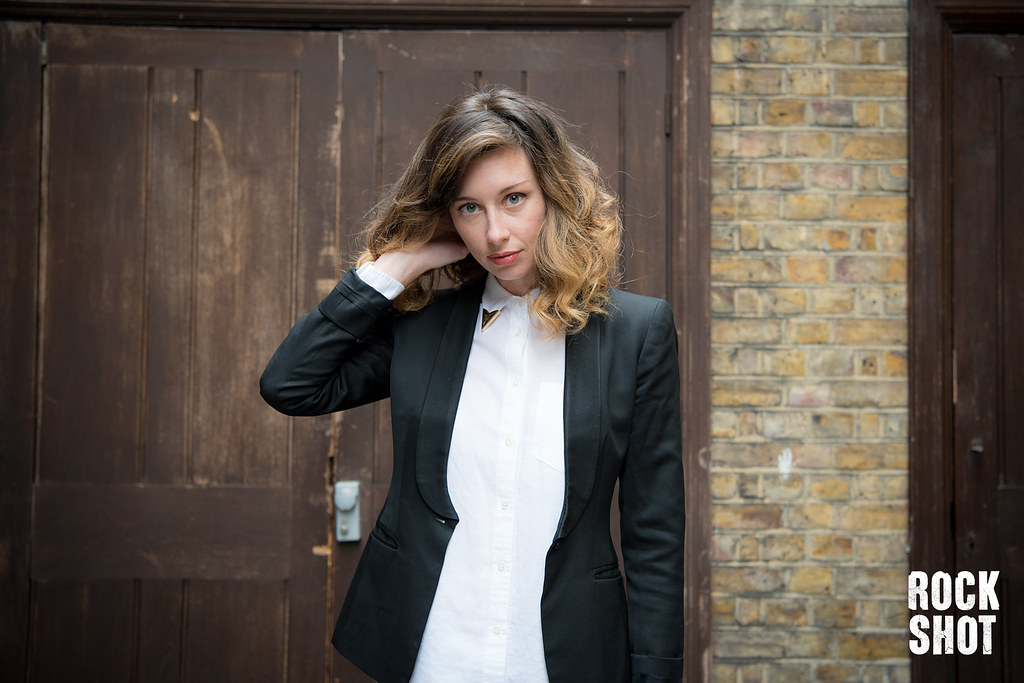 After playing a series of sold out shows in London and Russia, as well as packed sets in Leeds and at the Celtic Connections festival in 2016, Lynn is back in the spotlight where she belongs with the release of her brand new album, Resistor on 29 April 2016.

The new album is a collection of ten tracks that embrace the darker and more provocative side of her songwriting and find her embellishing her Americana roots with a blend of left-of-centre rock and experimental pop-noire. Co-produced with multi-instrumentalist and producer Joshua Grange in the Resistor Studio in Nashville during a series of spontaneous, experimental sessions, both artists play nearly every instrument on the record. 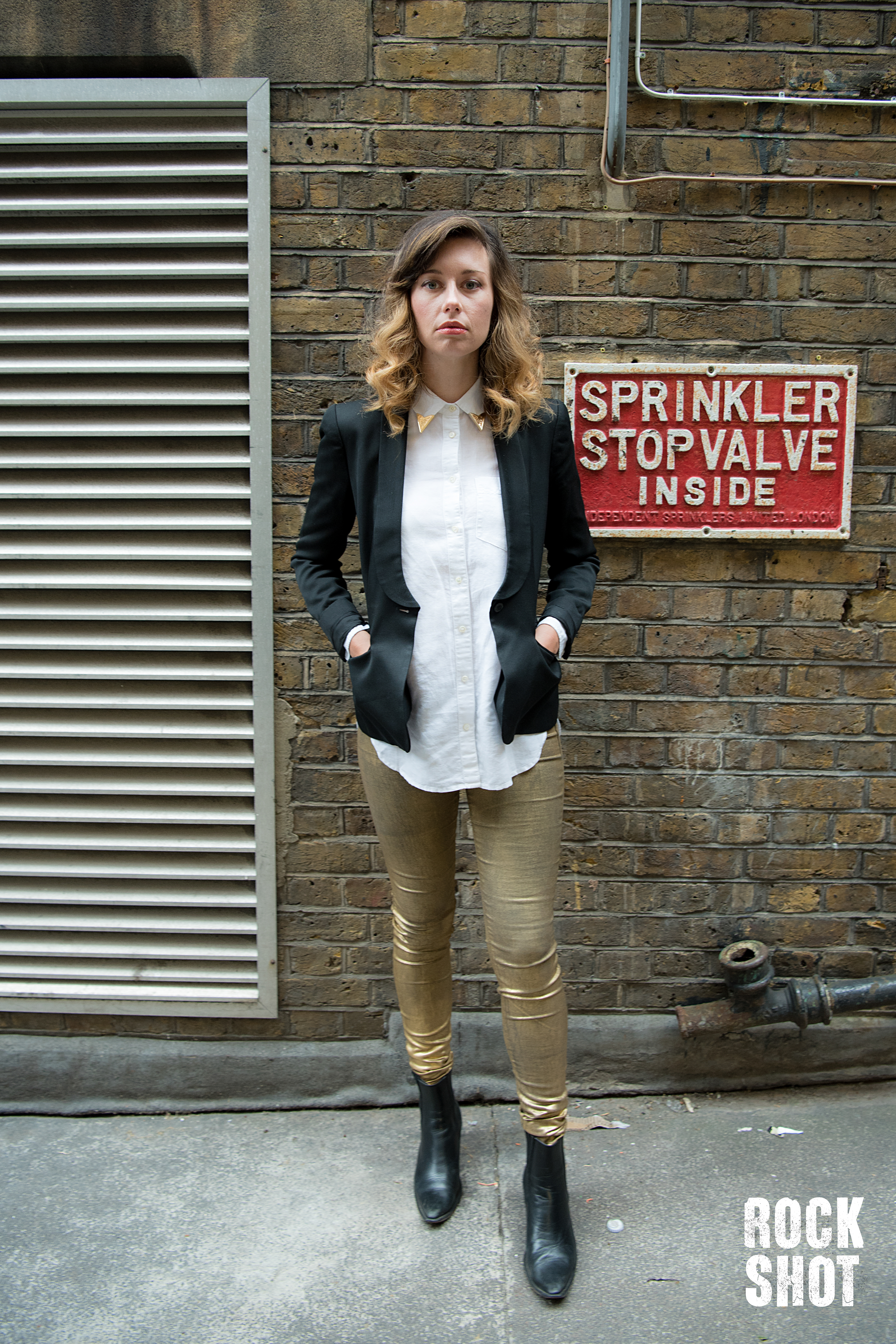 While The Avenues framed Lynn’s voice in pedal steel guitar and other folk instruments, Resistor takes a different approach with Grange describing it as Lynn’s ‘most moody offering to date’ and uses drum experimentation to create ‘a dark, saturated sound’. As Lynn explains ‘Resistor has this otherworldly quality to it, this darkness, this sense of atmosphere and space. We used a lot of baritone guitar, which at once roots and spears through everything, with the vocals floating above and around. There’s a slow-burning intensity that at times sounds a little spooky. It’s creepy and lovely.’ The accompanying video tease to Resistor, directed by award winning director Bill Filipiak, is worth checking out and depicts Lynn reminiscing about singing from an early age, performing in the studio with Grange and showcasing her unique sense of style.

The album’s first track, Shape Shifter, with its instantly appealing percussive pulse had Rolling Stone comparing it to Veruca Salt, The Breeders and Fiona Apple. The new single, Drive, is released on 3 June 2016 and conjures up images of late-night road trips through the American desert. The swaying, swooning For the Last Time is also a stand out track. 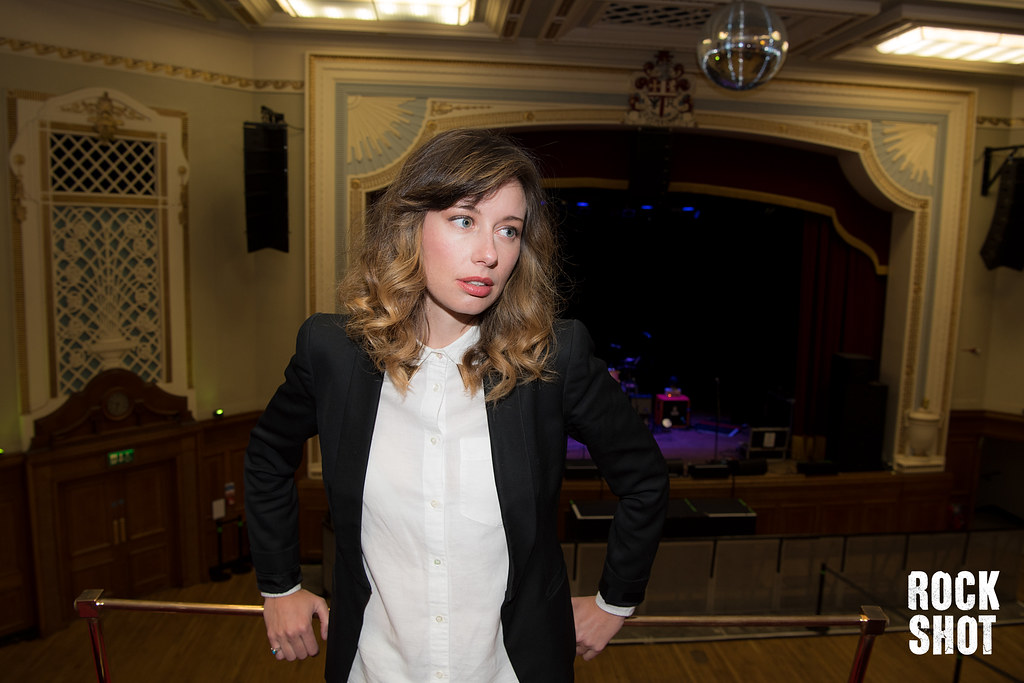 Nicola Greenbrook had the opportunity to dig a bit deeper into Lynn’s experience of writing, her approach to songwriting and how she prepares for going on the road. The responses were just as enthralling as the artist herself…

Your performance in True Detective and the material is so captivating. Can you tell us about your experience of writing with T Bone Burnett and Roseanne Cash, and did you intend for it to be dark and powerful?

The collaboration was very natural. In fact, it felt so effortless that we wrote twice as many songs as we needed. I think T Bone said it best when he described the Black Rose bar in True Detective as being central to the psychosphere for the show. We wanted the music there to set the emotional tone and be a common thread tying all of the characters together. 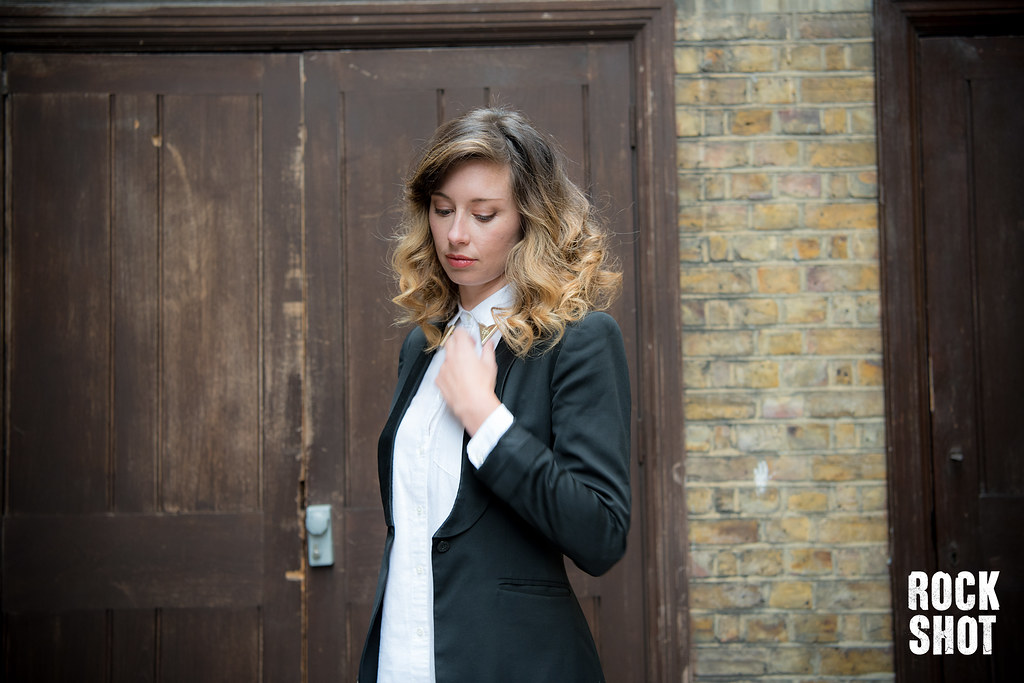 I love how you describe Resistor as ‘creepy and lovely’. Had you and Joshua Grange intended to take such a different musical approach with this album, and if so, why?

I think we really let the songs guide our approach for this album, in that they are less story-based and more illustrative of a feeling, moment, vibe. There is such deep beauty in the dark side of an experience. We wanted the production to reflect the subject matter in the case of songs like Scratch & Hiss, Slow Motion Countdown, Run the Night...

What is your approach to songwriting, what methods do you use?

It’s always random. Being on the road a lot, I have to adapt to many situations and take advantage of any inspiration that comes my way.

Please tell us about your musical influences.

I like all music that is earnest, soulful and unique. I love everything from Debussy to Rihanna.

What do you do to prepare for a tour?

I clean my house like crazy, scramble around to pack, rehearse with my band, and hang hard with my homies.

What are you looking forward to most about your European tour?

Getting rich! Just kidding. I love Europe so much. There are so many lovely people, new things to try and adventures awaiting us. European audiences are astute, respectful and appreciative of live music. I can’t wait to share my new music with them and to bring my full band!!

Thanks Lera, we can’t wait to hear it!

Lynn will be returning to the UK and Europe this May to embark on a tour in support of the debut album release this side of the Atlantic. It will see her play a number of eclectic locations and venues across the UK and performing alongside Ben Folds and yMusic. She performs at  the Grade II listed Islington Assembly Hall, London on 2 June 2016. 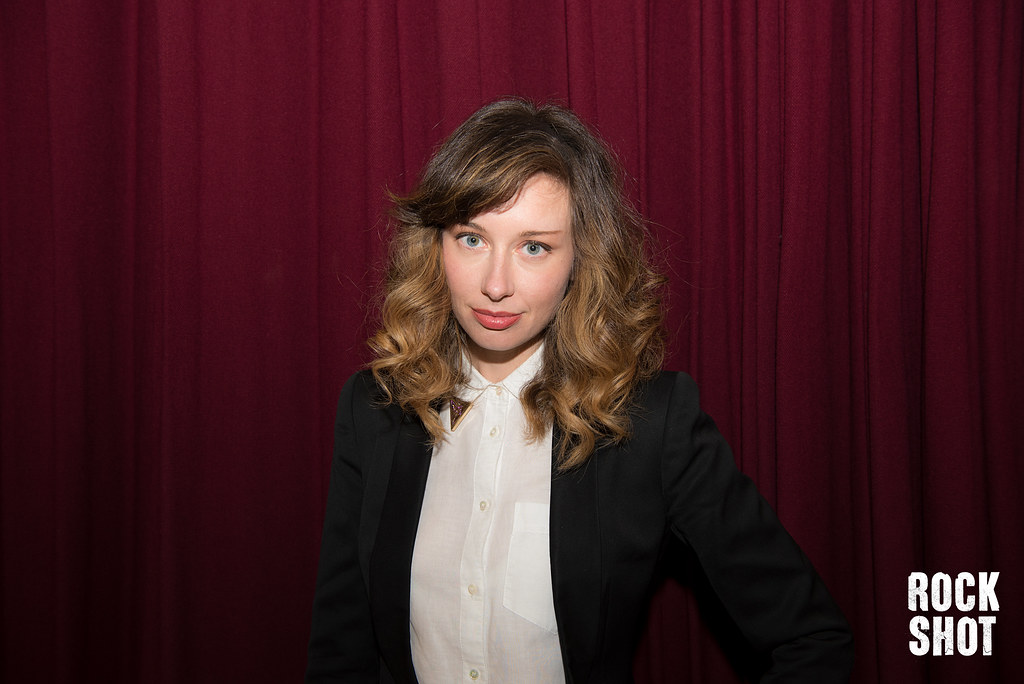 You can see the full tour schedule here on Lynn’s website.

Check out Lynn’s propulsive style of indie-rock and truly, otherworldly pull as she comes to the UK in May and June 2016 – you won’t be disappointed.

Resistor was released on 29 April 2016 on Resistor Music.

Nicola also has her own fashion, music and lifestyle blog, Material Whirl: – http://www.materialwhirlblog.com/