Snap Release From Madness For A Snap Election

It has been three years since Madness released their latest studio album, Can’t Touch Us Now, which featured singles Another Version of Me and Herbert. Suggs and The Nutty Boys have now released a snap single which has Eton and the elite firmly in its sights. The Bullingdon Boys is a self explanatory, barbed swipe at the charlatans, rotters and chancers at the top of the tree who have done their best to take the shine off 2019. The lads were puzzling over the fact of how was it possible that in Great Britain with 24,000 Schools 19 of the 54 Prime Ministers all came from Eton… How Remarkable! Apparently a famous statistician from Bern in Switzerland crunched the numbers..

He concluded that the chances of 19 Prime Ministers coming from one and the same class were very close to…. ZERO!  And yet here we are with 19 of 54)Prime Ministers coming from Eton. Not even to mention other cabinet ministers. David Cameron for example had 13 classmates in his front bench team! The Bern professor said he had difficulty collating this phenomena within the definition of ‘fair play’. …and so the boys felt a need to write a song about it. The sleeve features the famous picture of the Bullingdon Club, with David Cameron donning a Michael Myers Mask, and Boris Johnson wearing a Pig mask.

The video opens with scenes from A Clockwork Orange and the lyrics are straight and to the point. “The Eton boys are undefiled, The Bullingdon Boys, running wild,“And England slides into the mist, No hope they’ll cease nor desist.”.

In another part of the song the lyrics are “They’re making England Great Again/ But make way for the bagmen/ When everything’s been sold and bought/ We’ll soon be off the life support.” The video ends with a heart monitor flat lining!

The Nutty Boys are playing 3 dates at London’s Roundhouse just after the election on the 15th, 16th and 17th of December.

Tony has had a passion for music of all genres since an early introduction to the Rolling Stones and Rock in the 70's.He also loves to write and discover new music, so reviewing and publishing features is his idea of heaven. Unfortunately work and his wife's love of R n B has a habit of getting in the way! 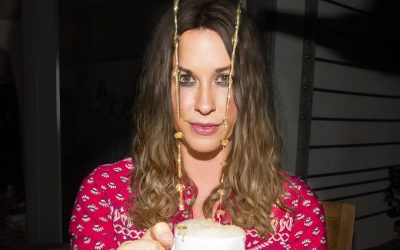 Alanis Morissette has today announced the full European leg of her Jagged Little Pill World Tour, celebrating 25 years of seminal 1995 record Jagged Little Pill, along with the release date of what will be her ninth studio album, Such Pretty Forks In The Road,...

END_OF_DOCUMENT_TOKEN_TO_BE_REPLACED 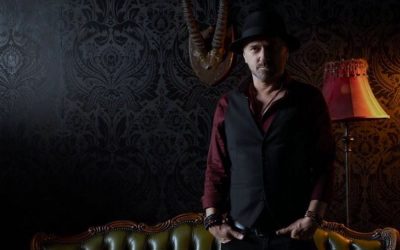 Matt Pearce, guitarist and founding member of hard rock band Voodoo Six released his debut album Gotta Get Home in May 2019. Pearce's solo project group, going under the name Matt Pearce & The Mutiny are an altogether more bluesy, funky, soulful affair than the...

END_OF_DOCUMENT_TOKEN_TO_BE_REPLACED

A Place of Our Own are now well-established in the punk scene in Tottenham. We remember their first fundraising festival in August 2019 that helped raise money for a potential new punk venue in North London (click here for our review). They will be back this Saturday...