It’s hard to remember a time when London was so busy. In just one short weekend one was completely spoiled for choice – from Guns N’ Roses at the Spurs stadium to Adele at Hyde Park, Ed Sheeran at Wembley and Kings of Leon at The O2. And given the sheer volume of musical entertainment, it felt particularly special to witness the completely sold-out performance by none other than The Rolling Stones at British Summer Time (BST). 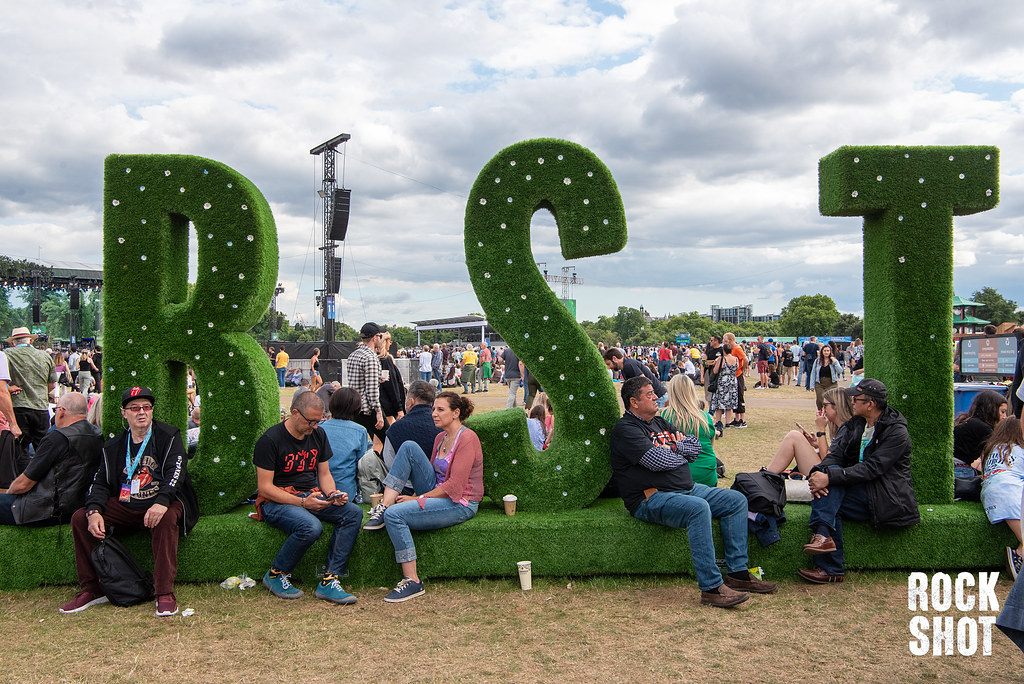 Compared to other festivals, BST is a bit of a catch-all when it comes to atmosphere. It provides contemporary spaces to sit and passively enjoy what’s on, right through to exclusive members-only areas where the flash of a blue and white card might just get you onto a viewing platform (or slightly closer to the stage). But while this festival feels a little more… erm… “distinguished” compared to others, it still brings to life that once-familiar feeling of summer we all desperately missed. 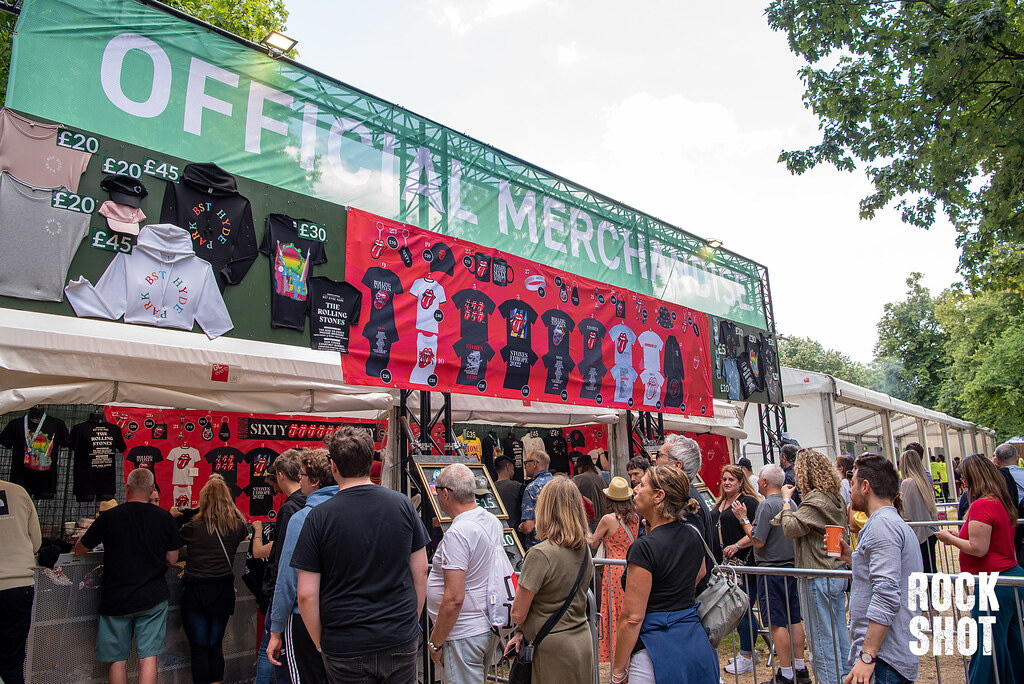 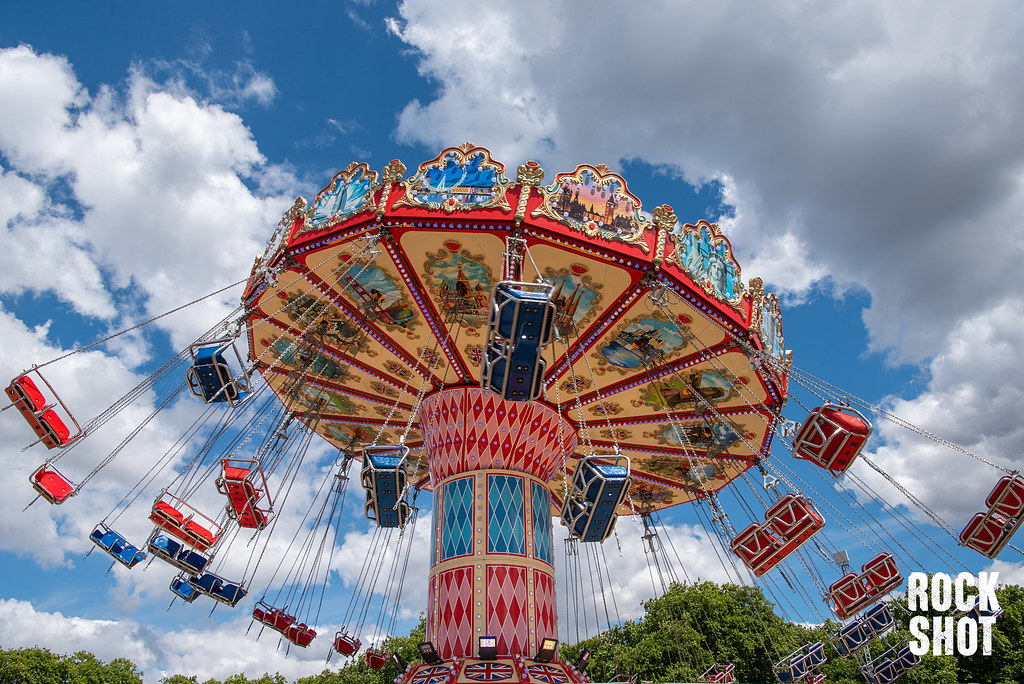 To the surprise of many, there are actually four stages at BST Hyde Park, including the newly re-named Hard Rock Rising Rainbow Stage, where 23-year-old Christone “Kingfish” Ingram played not one but two sets, displaying his blues guitar wizardry to an unassuming London crowd. 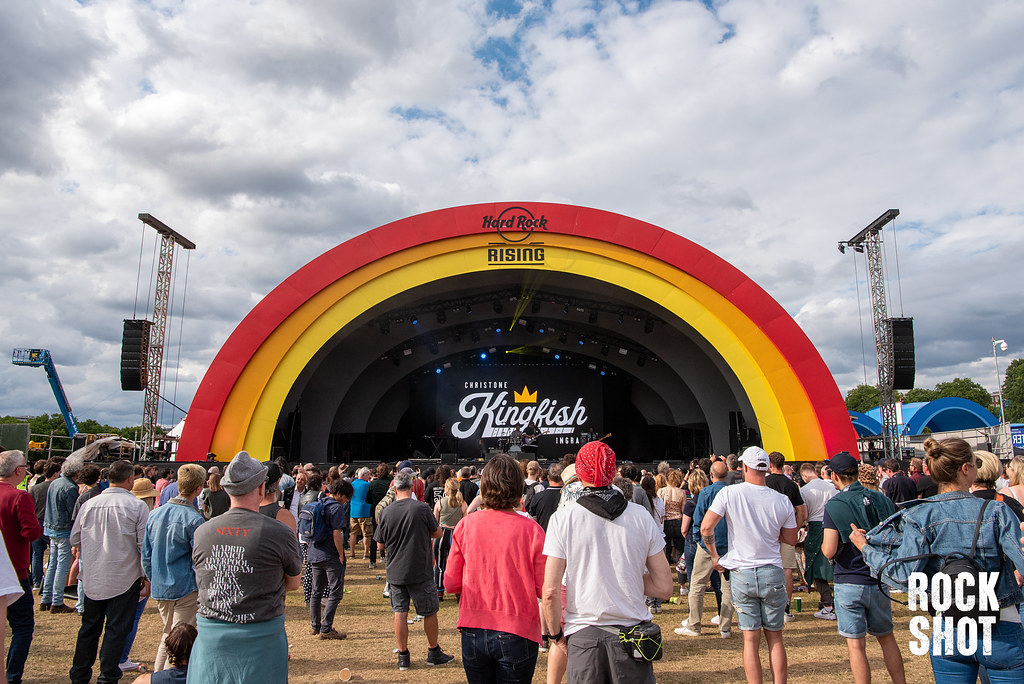 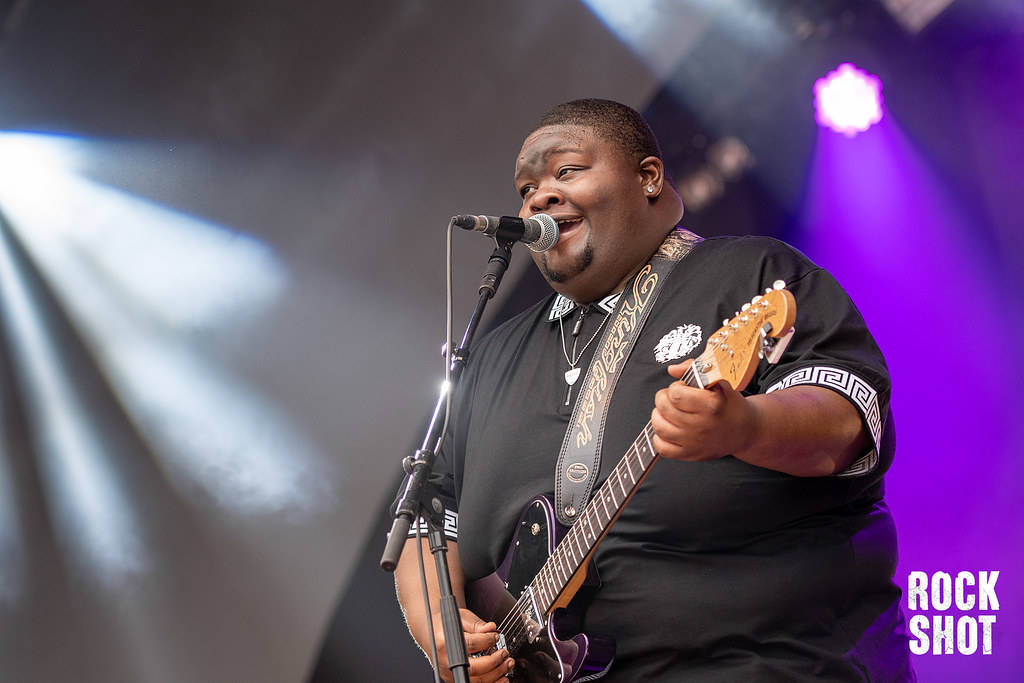 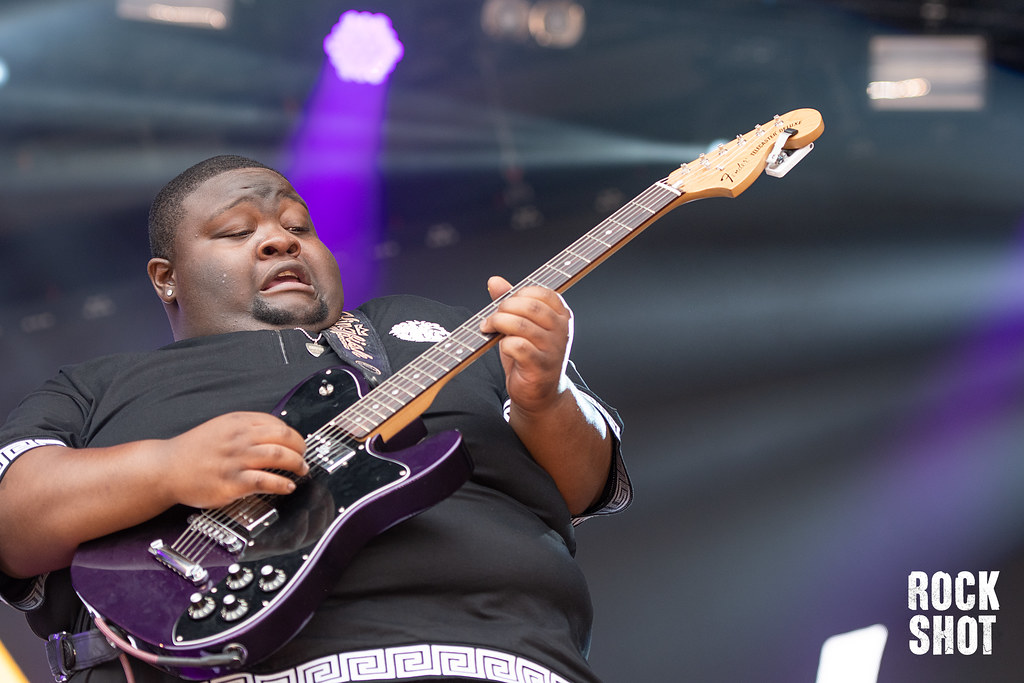 Preceding The Rolling Stones were two well-established acts in their own right – Courtney Barnett and Sam Fender. Both have included BST as part of their exhaustive festival circuit which included career-defining spots at Glastonbury Festival and beyond. 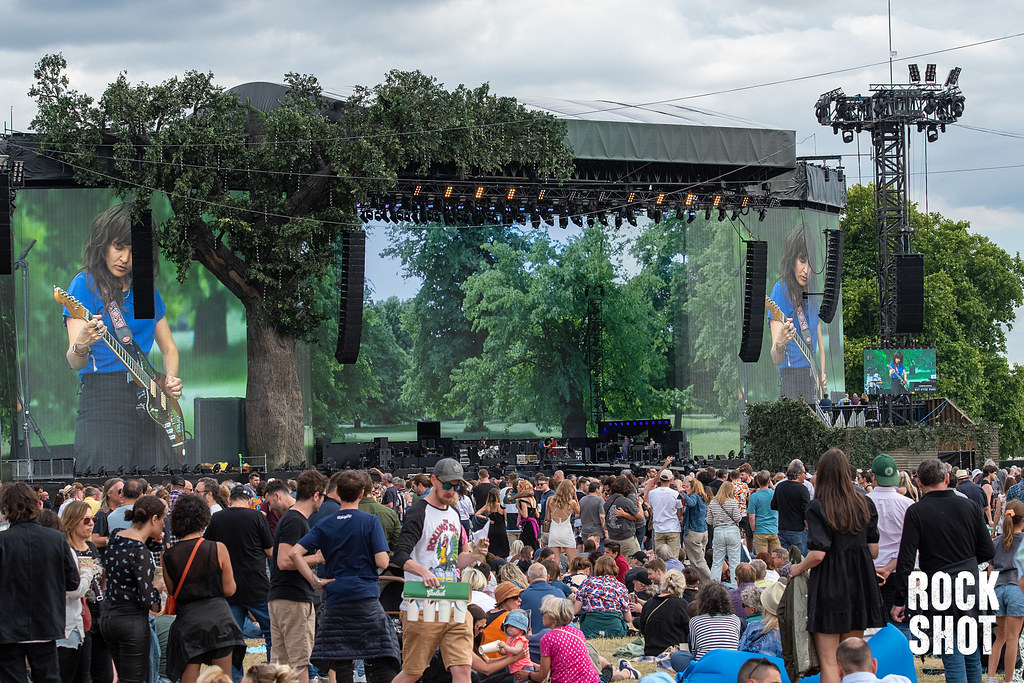 Courtney Barnett presents a lovely fusion of country, rock and even hints of punk. She appeared early on the main ‘Great Oak’ stage – a setting that is beautifully adorned by feux foliage, mesmerising visuals of Hyde Park and a large replica oak tree. The Australian singer, best known for her so-called ‘deadpan singing style’ and witty, rambling lyrics, humbly addresses the crowd and introduces her three band mates.The multi award-winning artist seriously rocked the stage, cruising through better known songs like Avant Gardener and Pedestrian at Best, and later headbanging and screaming through Need a Little Time. With only short interludes for polite banter, she breezed through her set without much interaction, except on the odd occasion where she’d be spotted having a little laugh at her own song lyrics. 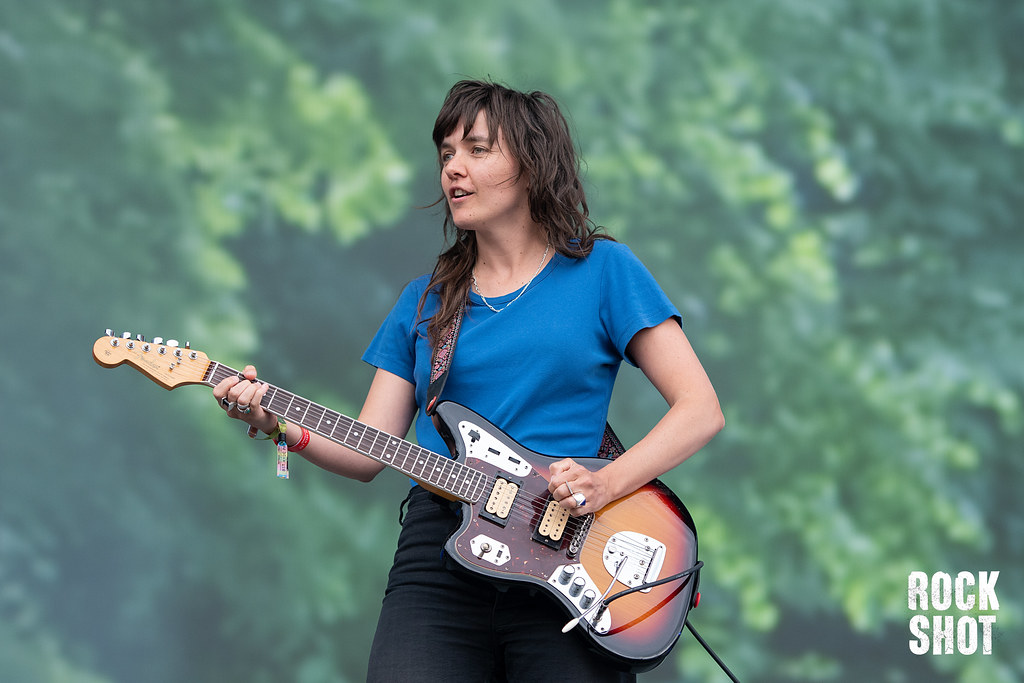 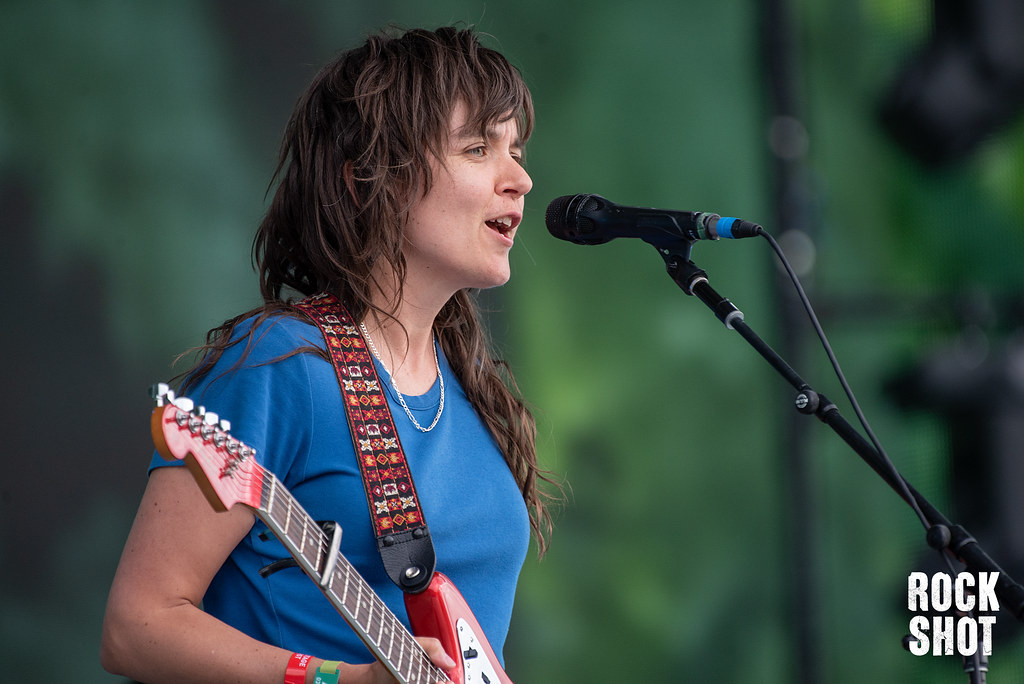 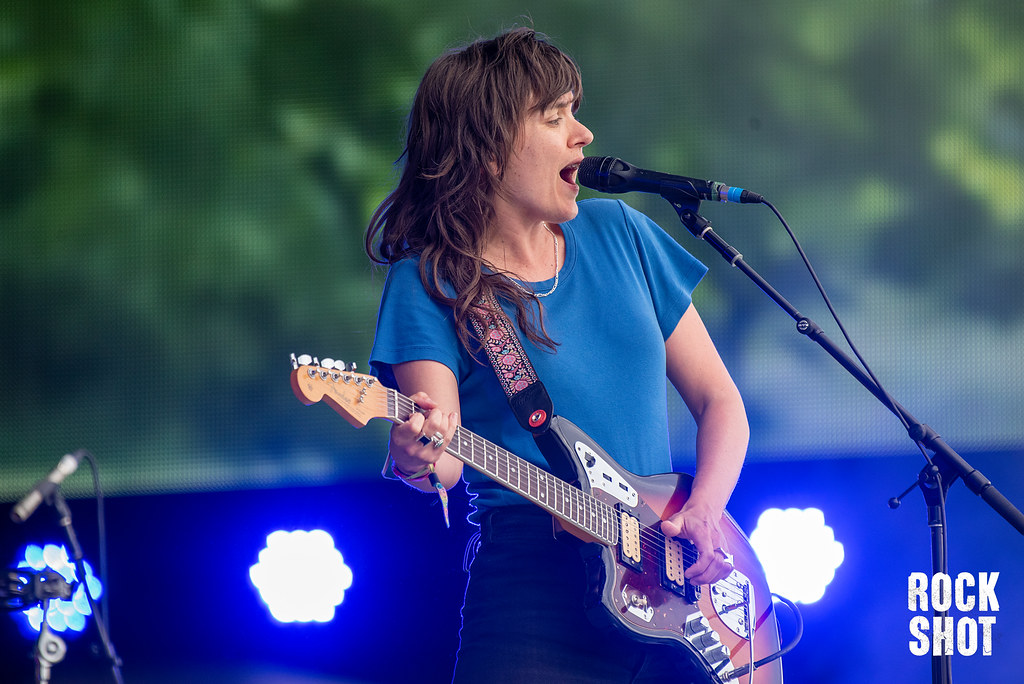 Sam Fender kicks off his set with Will We Talk?, the Geordie singer adorning a beautiful white Gretsch guitar, the Newcastle United flag purposefully positioned behind him. His band mates, or as he calls them “a few of my best mates”, contribute beautifully to his set, not least through the use of brass instruments to give depth and melody to Sam’s unique and mesmerising vocals. 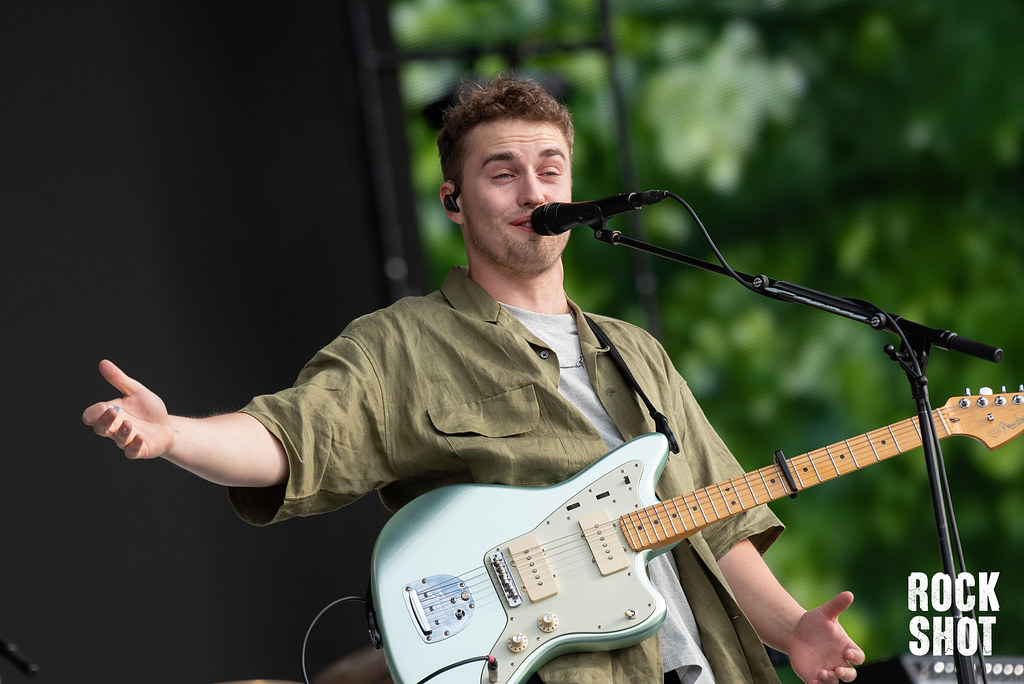 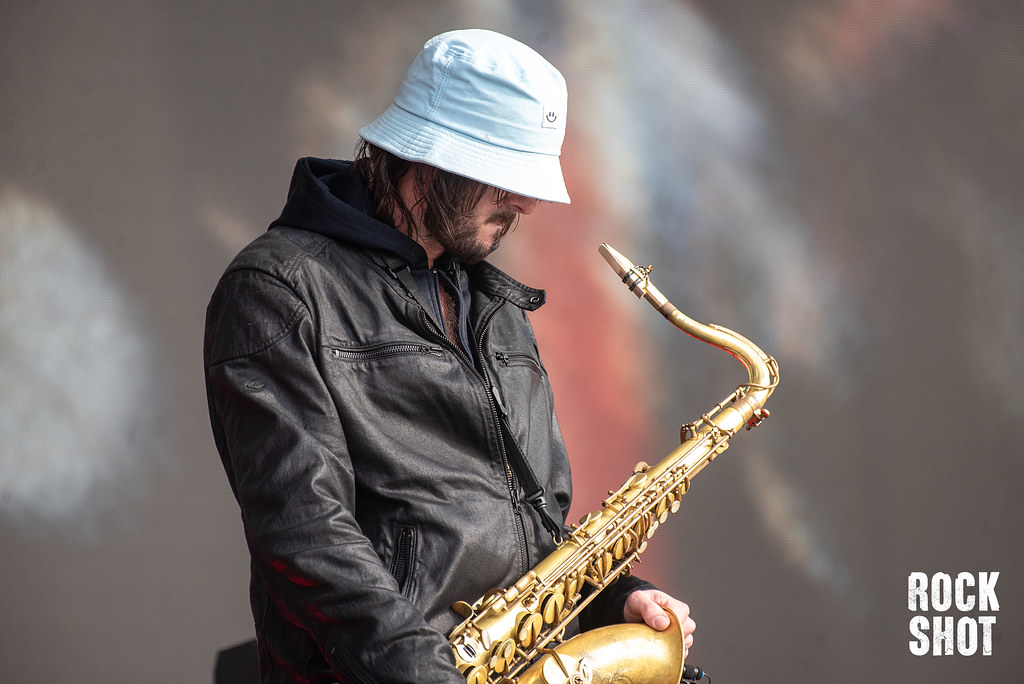 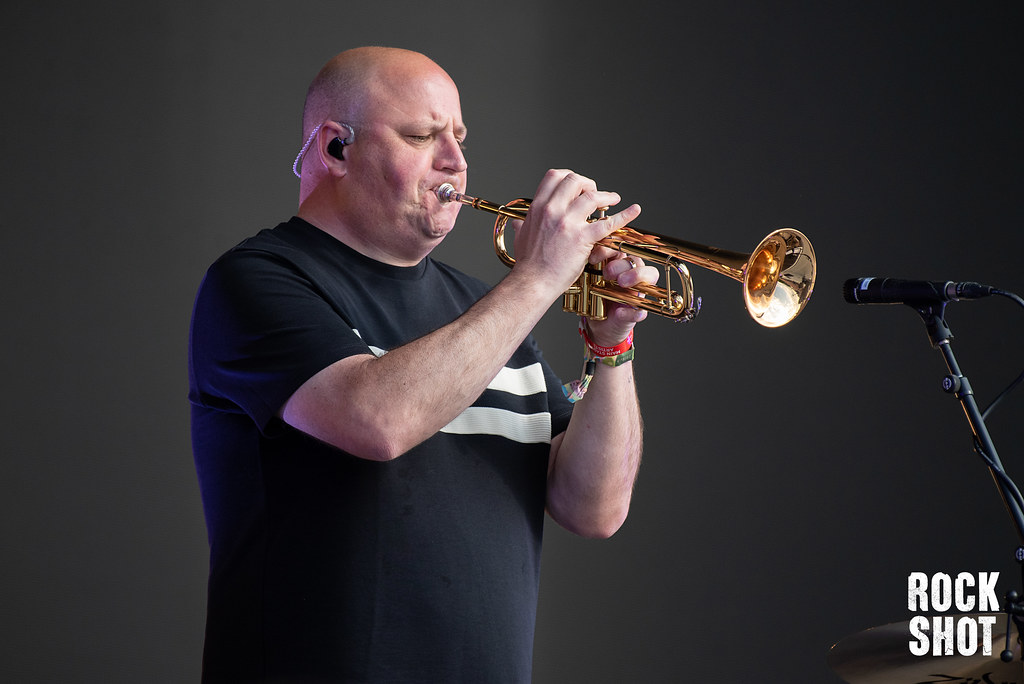 Moving through songs Getting Started and Mantra, they take a short moment to pause and pay tribute to the Stones themselves before jumping into hit songs Spit of You, Saturday and “the song that got us into this mess”; Seventeen Going Under. Soaking in yet another heartfelt applause, they take a moment to thank the audience “for being part of another dream bucket list experience”, as Sam humbly proclaimed. 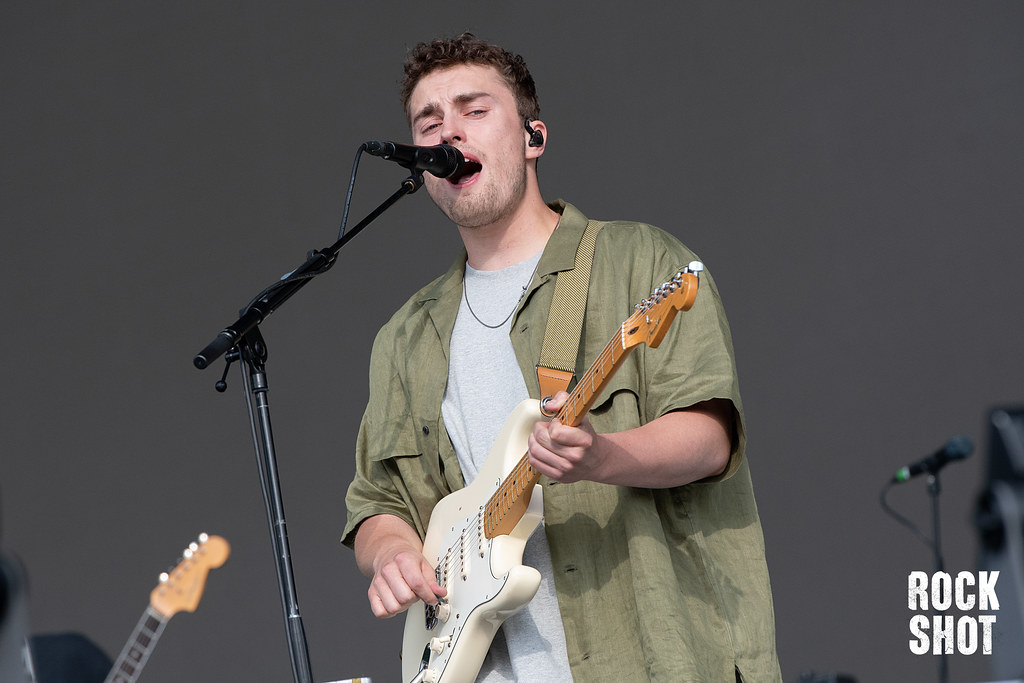 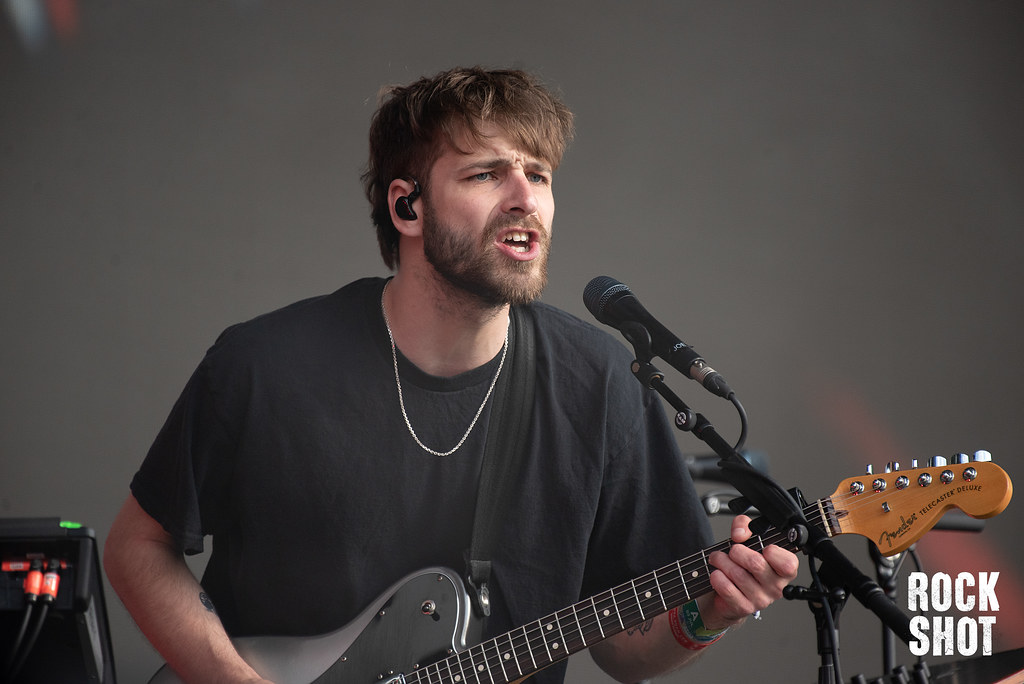 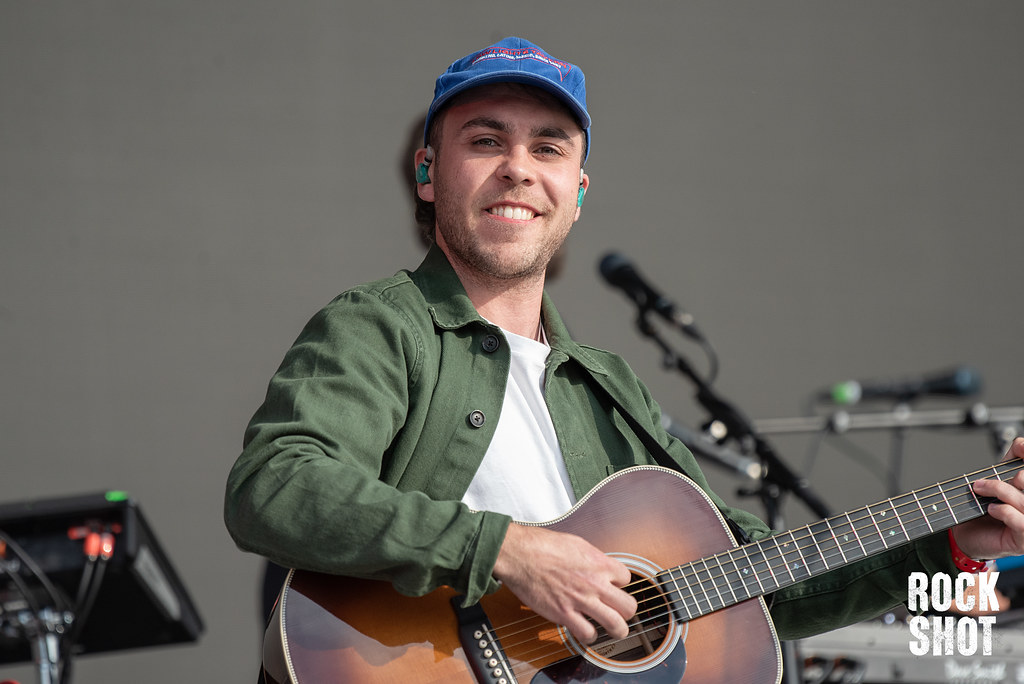 With the sun still beaming down upon the Great Oak stage, there’s a quick transition on the screens away from the calming images of Hyde Park to an intense red, yellow and black pattern – the electricity at Hyde Park is about to be turned up. The excitement for the multi-award winning, hall of fame inducted, 66 million album-selling British rock legends is not only felt, it is seen. There are thousands of fans adorning the classic Stones ‘hot lips’ logo, many recounting the times they saw the Stones in the 1970s, 80s, 90s or boasting about when they’ll be seeing them again on their European leg. 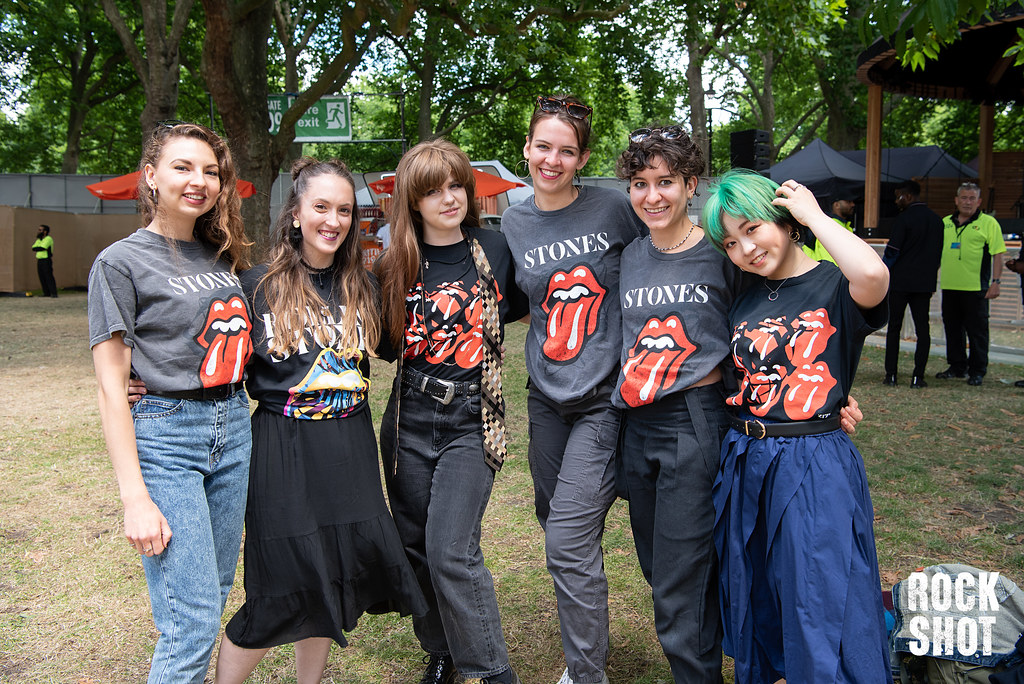 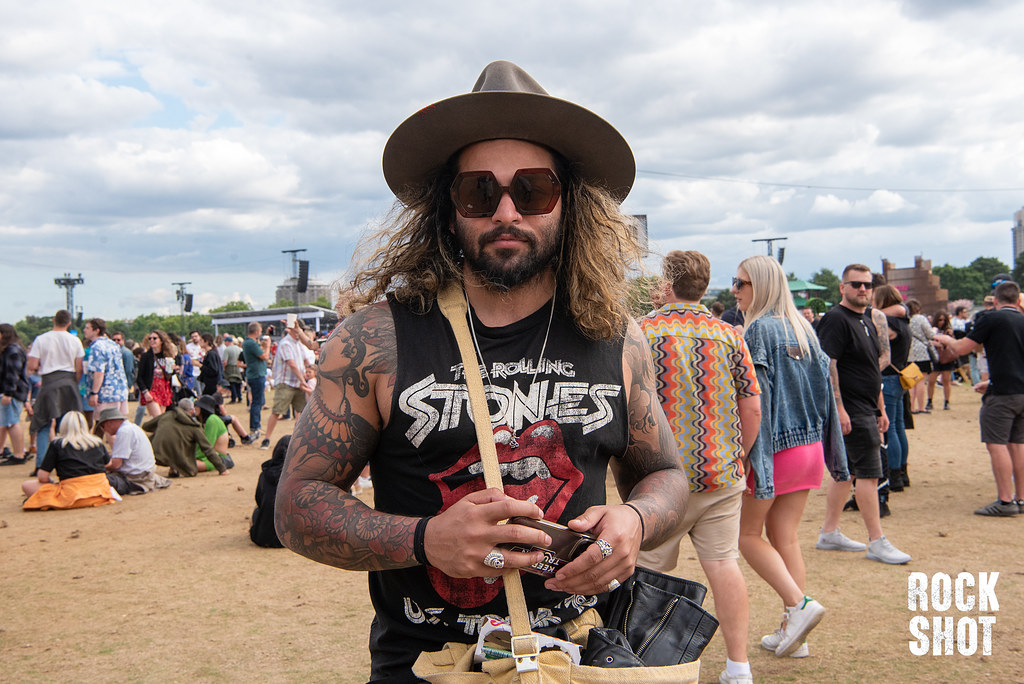 The show opens with a moving tribute to former Stones drummer Charlie Watts who played in the band from 1963 until his death in 2021. As images of Charlie’s impressive five decade career move across the screen, frontman Mick Jagger appears on stage wearing a stunning rhinestone encrusted jacket, waving emphatically at the crowd before belting into Get Off of My Cloud. As fellow bandmates Ronnie Wood and Keith Richards appear behind him, it’s impossible not to be drawn to their eclectic attire. Looking somewhat like their grandkids had dressed them (Wood has two bright green plastic chameleons and Richards’ T-shirt features the slogan ‘Do not X-ray’), the vibrancy of their clothing feels deliberately chosen. At 79, 78 and 75 years respectively, Jagger, Richards, and Wood have certainly aged on the surface, but not in energy or pace. 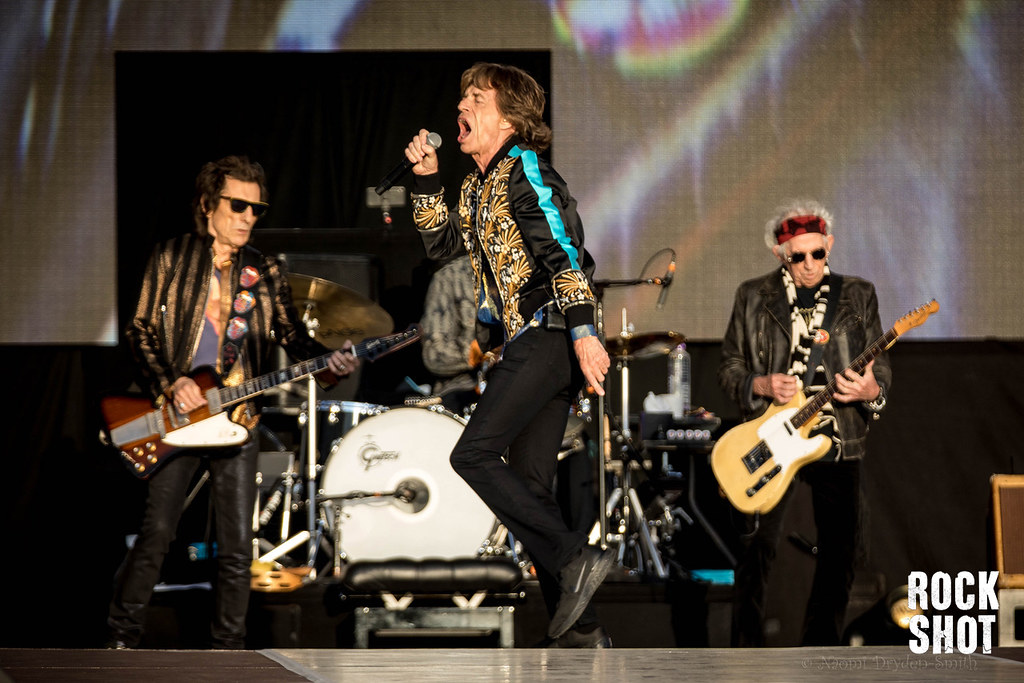 Jagger’s moves are unchanged since the ‘60s, his physical body swings and skips down the runway, his vocal capacity on point. And as he swaps his sequins for a satin purple jacket, he wastes no time in bringing out the crowd-pleasing Angie, You Can’t Always Get What You Want and an esteemed cover of Bob Dylan’s Like a Rolling Stone – a debut on their Sixty tour made complete by Jagger on the harmonica. 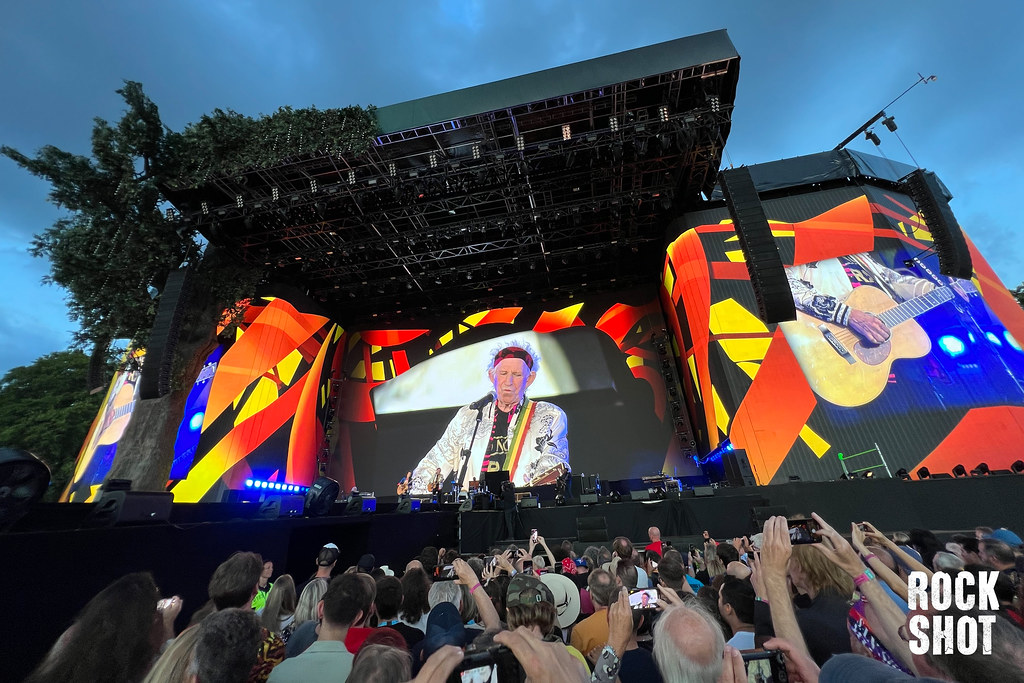 Taking a moment to pause (and enjoy a much-needed breather) Jagger introduces his esteemed touring band, which includes Steve Jordan on drums, Chuck Leavell on keys, and Sasha Allen on backing vocals. Naturally the largest roar from the crowd goes to Wood and Richards – “we’re doing this because of the huge families they have to support”, Jagger jokingly states. It’s at this point where we get to watch another age-defying performance by Richards during the acoustically-led version of You Got the Silver and Happy alongside Wood. 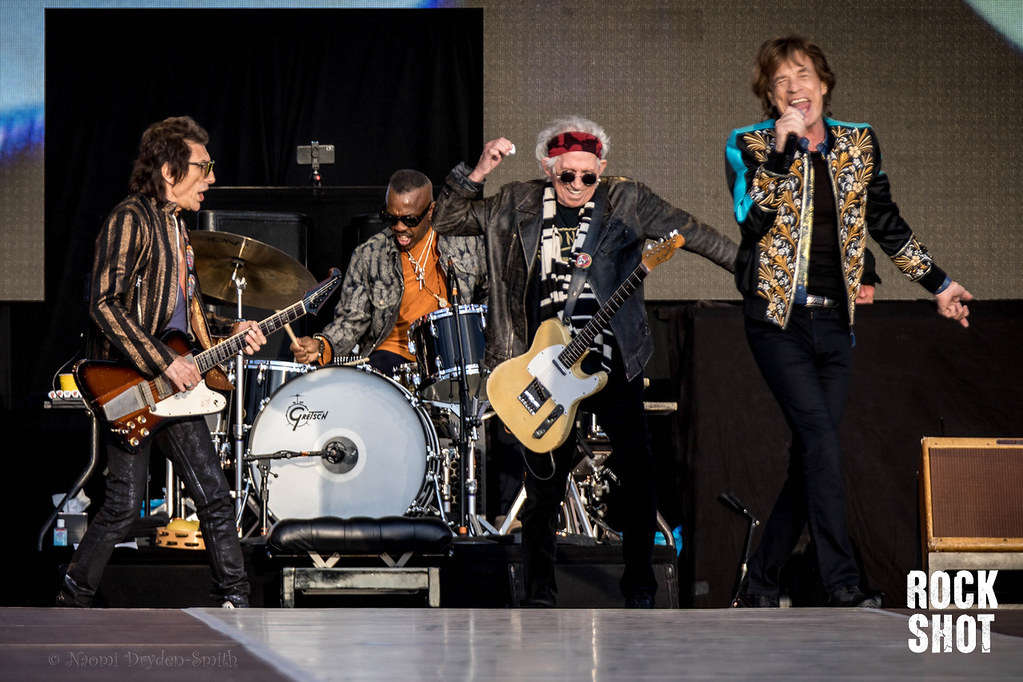 Adding to the countless costume changes – which are undoubtedly joyous and fittingly suited to his charismatic personality – Jagger returns in a yellow and black sparkly number, guitar in hand for Miss You. At its conclusion the three original Stones lock arms, smile and thank their emphatic fans for being part of their “203rd show in London”. 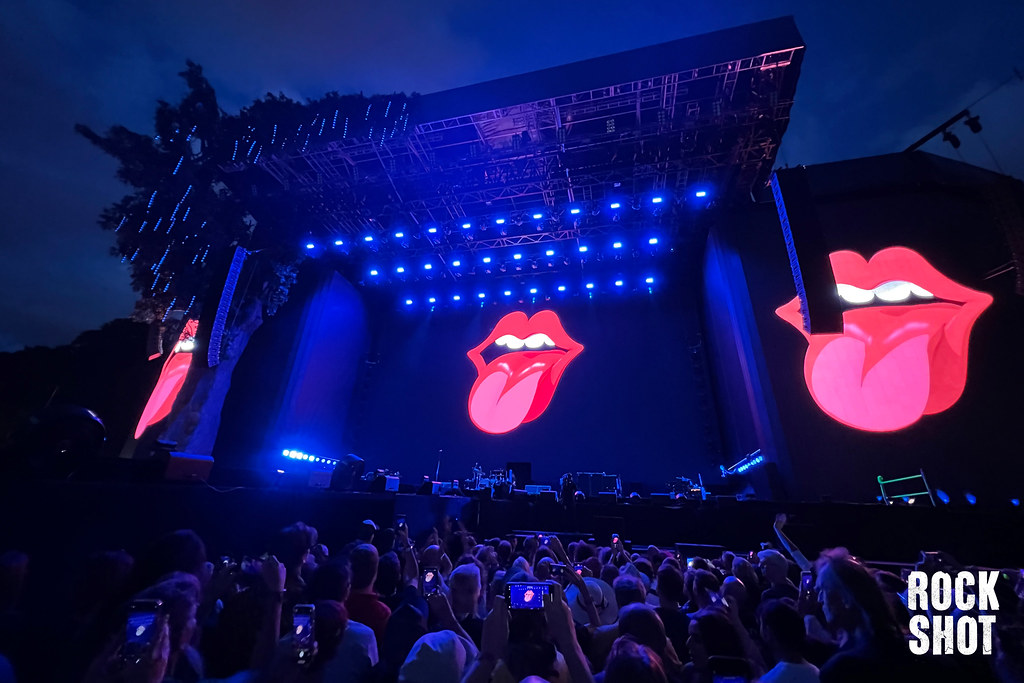 After a few minutes of darkness, the band makes a predictable return for their encore with no greater a hit than Sympathy for the Devil – featuring a duet with backing vocalist Sasha Allen. Immensely let down by the sound, Allen is barely heard but her presence cannot be more vibrant. Her fabulous blue fringe dress glistening under the lights, it is lovely to watch the unmistakable chemistry between her and Jagger. 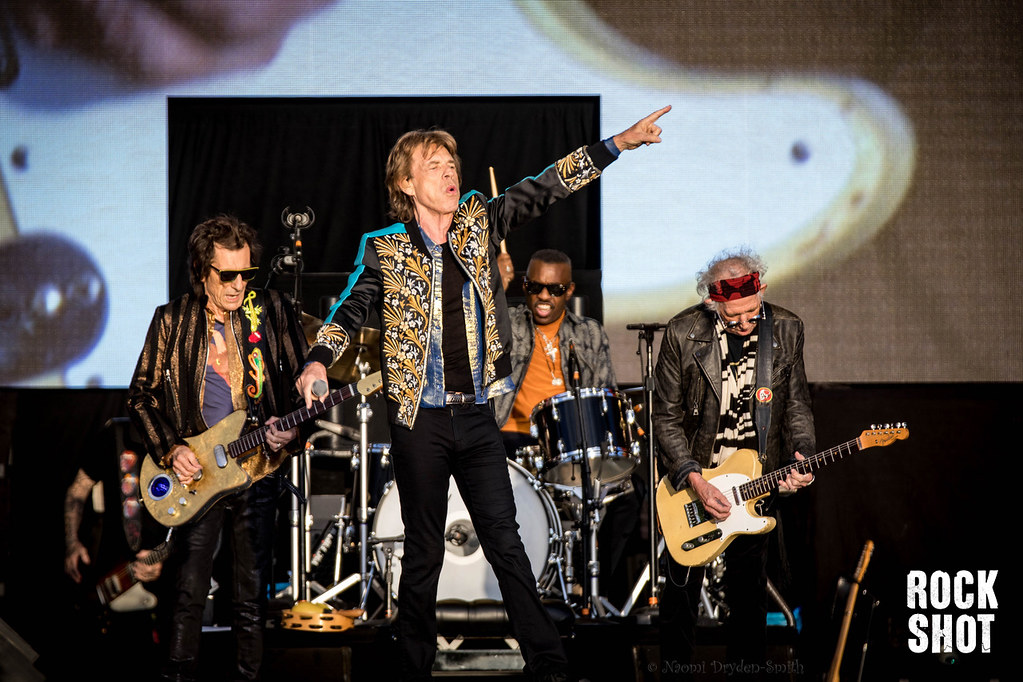 Closing on the unmissable Satisfaction, which includes a deafening choral accompaniment from the crowd, it is the kind of bombastic and energy-toppling conclusion that would suit only The Rolling Stones. 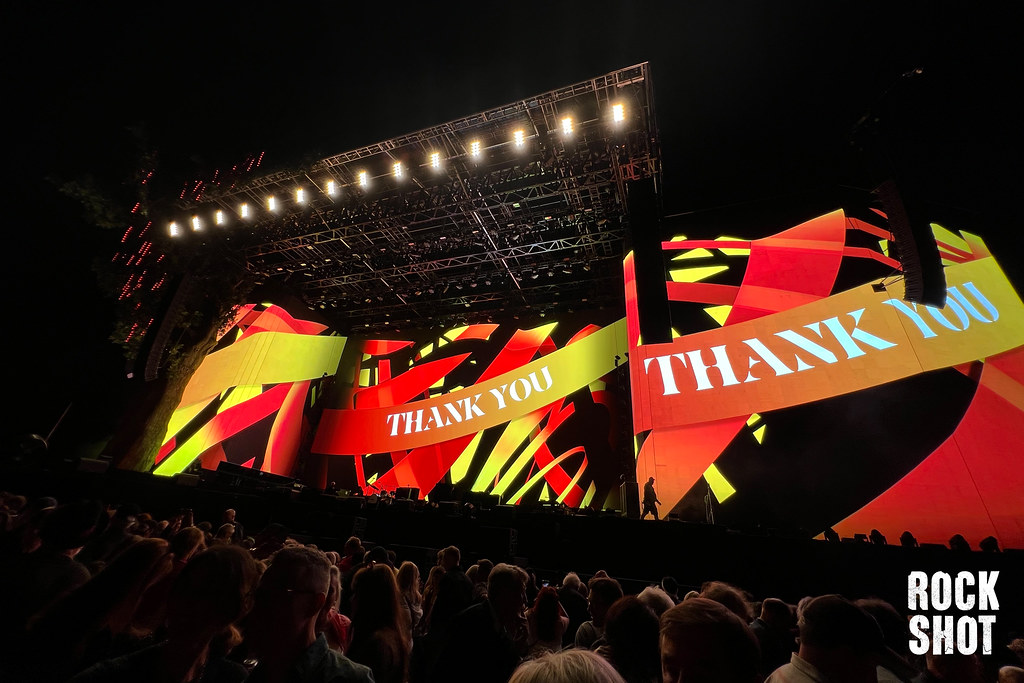