There’s something to be said about a band – known for their humble beginnings in dingy Seattle basements – to have maintained their rock elite status so meticulously over the years. Since their first album Ten debuted in 1991, Pearl Jam have forged their own path to success, building on the ‘grunge’ style that made them famous (alongside Nirvana and Alice in Chains, to name a few), by drawing on classic rock influences and focusing more on songwriting, purposeful lyricism and musical experimentation. 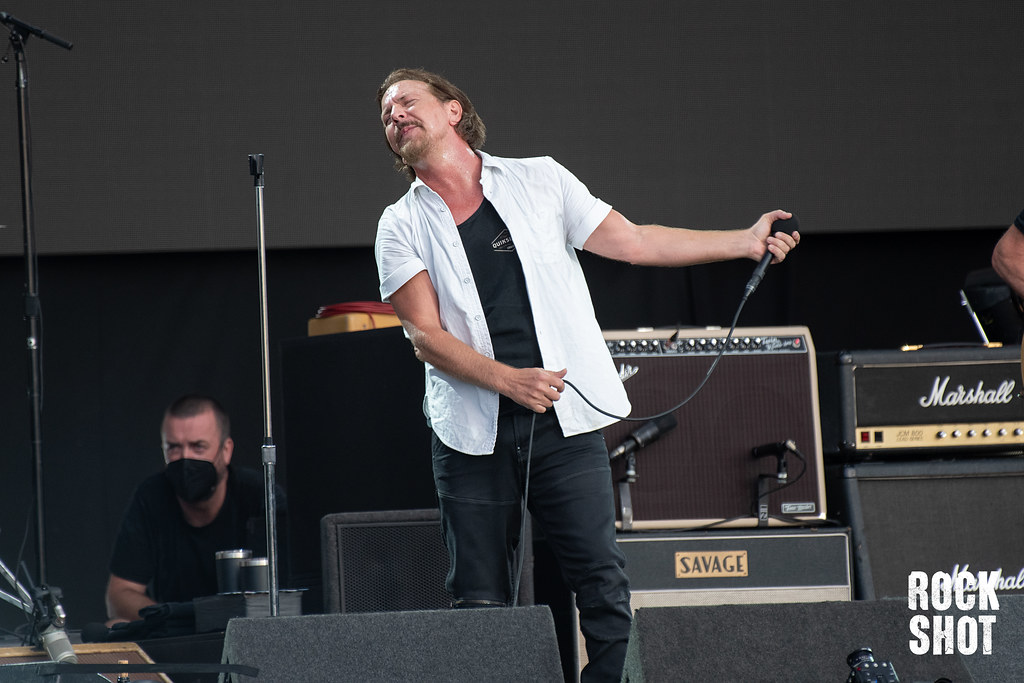 In fact, it is Soundgarden drummer Matt Cameron who has played in both bands from 1998 and until the untimely passing of Soundgarden frontman Chris Cornell in 2017. The band has regularly cited many punk and classic rock bands as influences, including the very band supporting them at British Summer Time (BST) – Pixies, Vedder making a point to recall a time he and bassist Jeff Ament bought a bootleg tape of Pixies live at the Brixton Academy at Camden Market way back when. 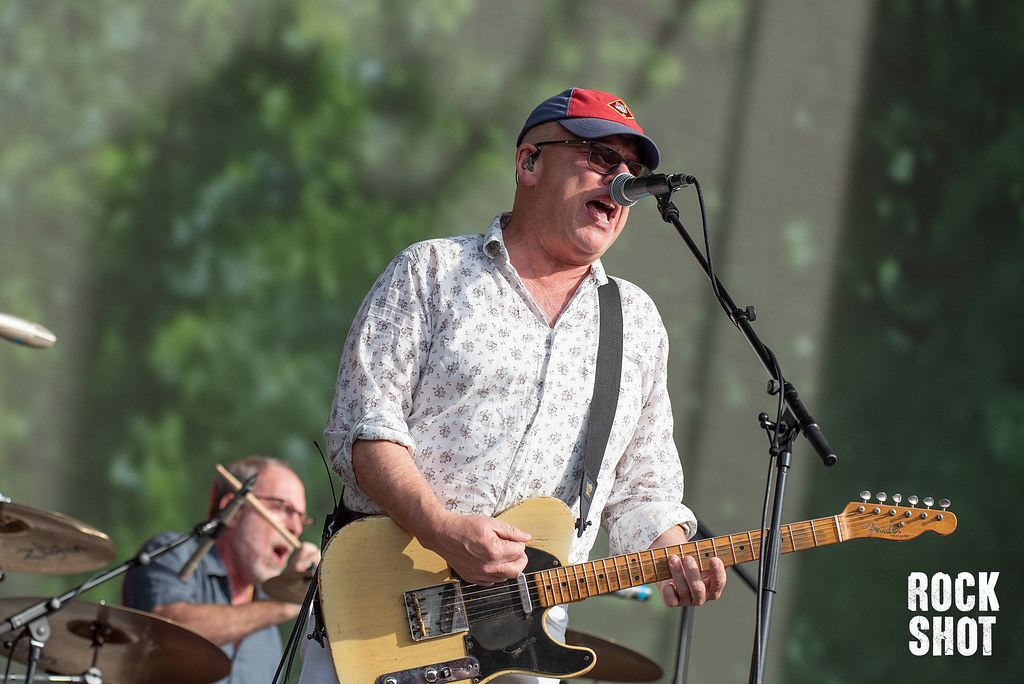 On an exceedingly hot day in London, thousands of fans crammed into the ‘Ten Circle’ (aptly renamed for the occasion) for well over the planned starting time. 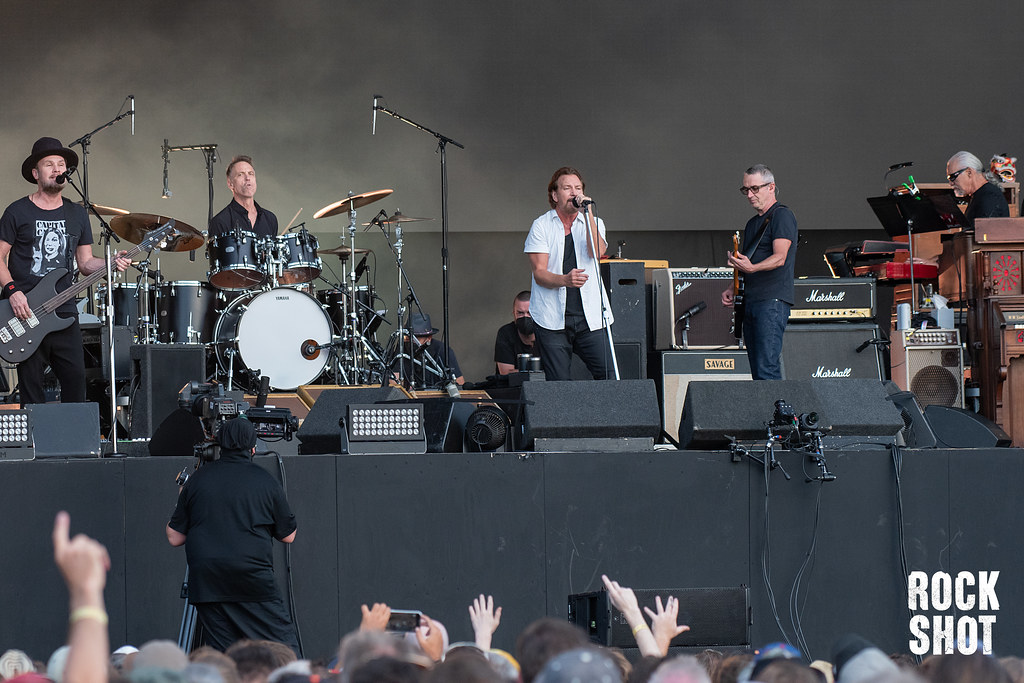 Extra waiting time gives plenty of opportunity to look around. Immediately noticeable is the stage design which, through clever lighting rigs, has been made to portray a feeling of intimacy – a feat seemingly impossible amongst the tens of thousands of people watching. As real life images of the crowd are beamed onto the screens, the familiar Beatles tune All You Need is Love is played to introduce the band on stage. 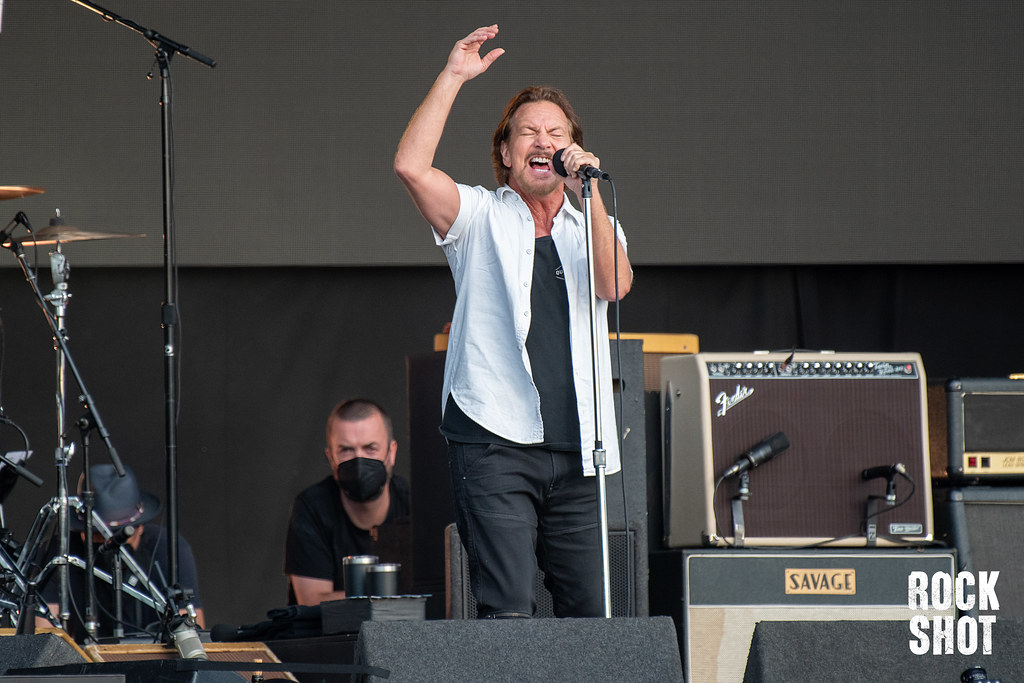 Dressed in black jeans, a black tee and a white oversized shirt – frontman Eddie Vedder draws an emphatic roar as he stands motionlessly, soaking in the chorus of voices before him. Squinting through the beaming sun he peers into the distance as the camera pans to show an arena replete with people, the emotion visible on his face. “Fuck it’s beautiful out here!” he says. “I feel like Adele right now” – a clear reference to the English singer’s shows on the same stage the previous weekend where her singing fans, by some accounts, could be heard well outside the park. 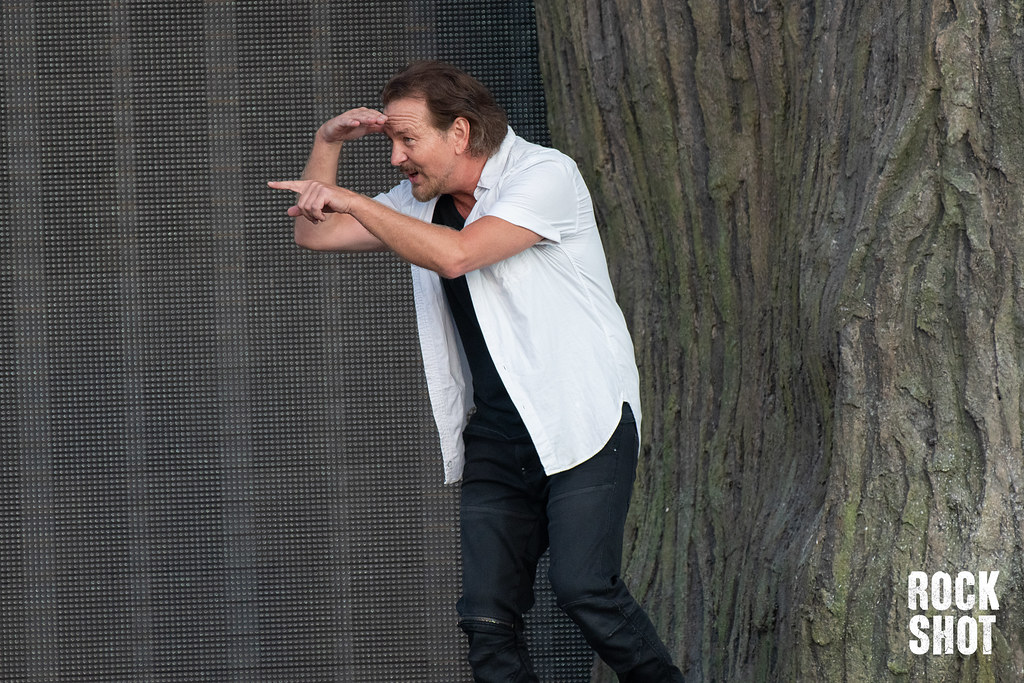 Starting with Better Man and veering into Low Light and Breath (a tour first), it was lovely to watch the lighting rigs acrobatically shift with the music, and the footage on the screens cleverly superimpose images of the band and crowd into colourfully edited filters – making it look just like a music video. 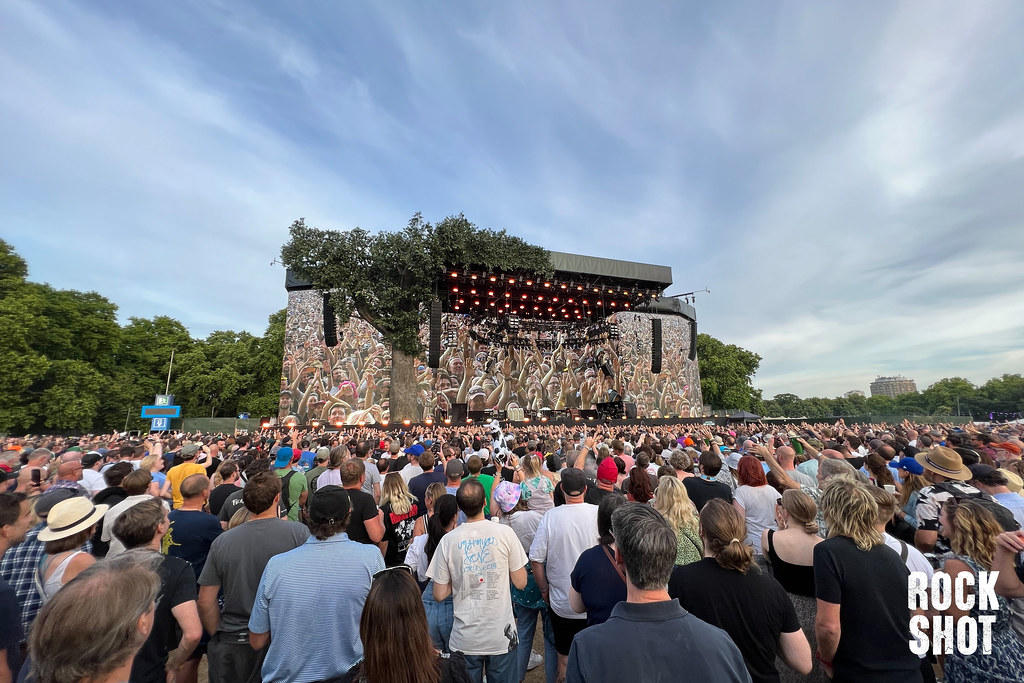 Whilst only allowing a few short moments for between-song-banter, these were meaningful intermissions that offered Vedder the chance to highlight some of his muddled thoughts. The silly side of him compared the sunset to an LSD trip, and made jokes about fans fighting during The Eagles’ song Take it Easy at BST a couple of weeks prior. While his more serious side – the one for which he’s famously known – dedicated the song Light Years to a fan that passed away too soon, and uttered his contempt of religion and gun control laws in the United States. It was an eclectic jumble of themes, but one that has come to personify his own brand as frontman. 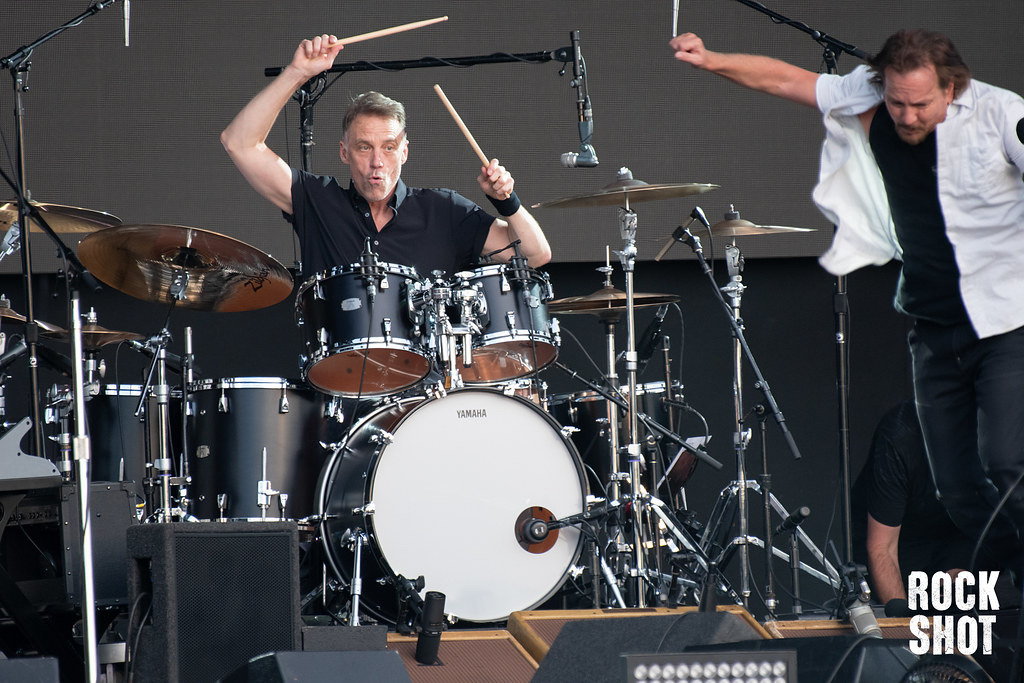 After a few songs, there was no greater enthusiasm than for the jewel in Pearl Jam’s discography and debut album single – Even Flow. A song known to everyone, and one that offered Vedder’s bandmates a moment to put on their own show for the audience. Guitarist Mike McCready playing the iconic solo entirely behind his head and going on for way longer than originally recorded, a performance fittingly ended by smashing his guitar into the wall of amps behind him. Perhaps a ‘nod’ to their grunge rock roots. 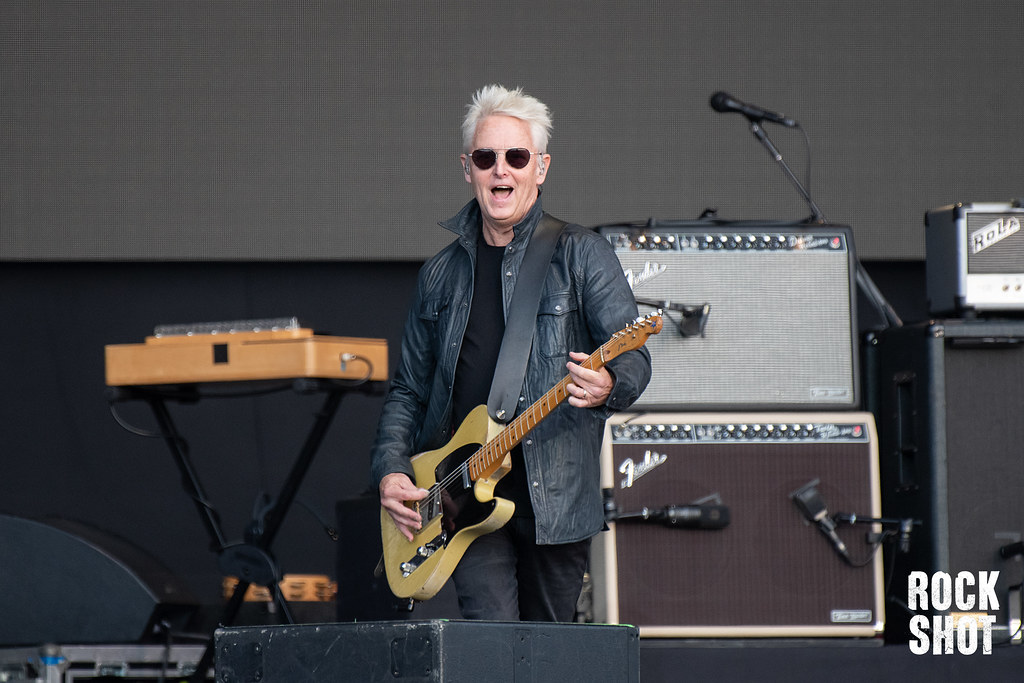 Turning the notch down with 1993 single Daughter, the lighting rig shaped into deliberate angles above them creating beautiful purple curves, before sharply turning diagonally to form triangles as the song changed into 2020 single Superblood Wolfmoon and moved progressively into a cover of Public Image and popular hit Once. 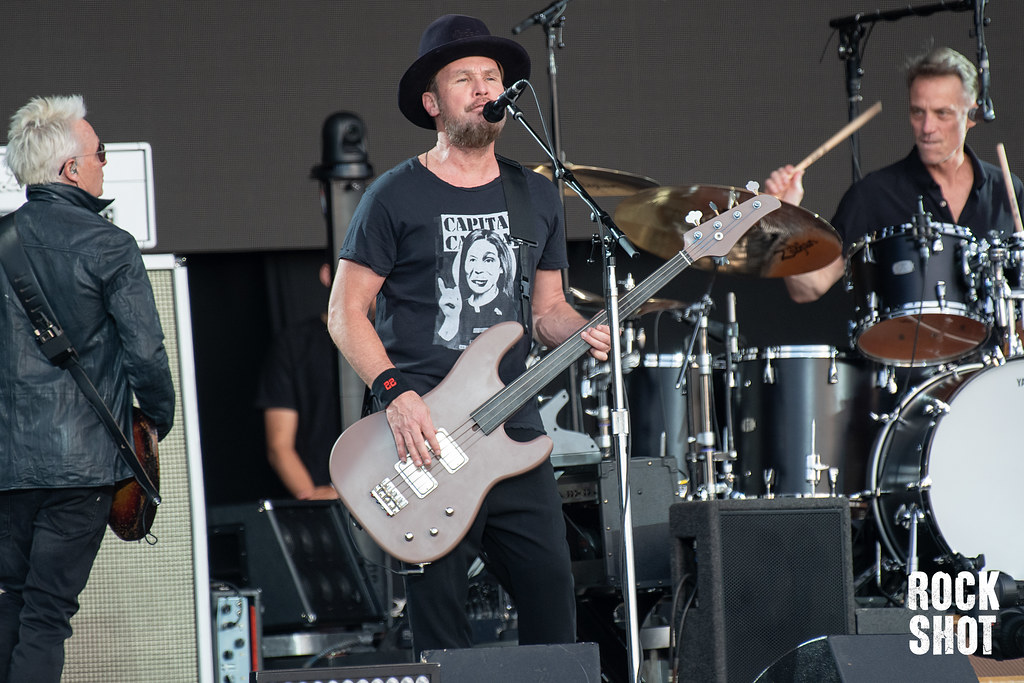 With the sun setting in the background, the band returned after a short dalliance offstage, and were joined onstage by support act Simon Townshend – a musician most famously known for his association with The Who (and notably the band’s frontman and his brother Pete Townshend). With a real life image of the moon magnified behind them, Vedder and Townshend performed an acoustic version of I’m the Answer – Simon adding depth with a beautiful 12 string. 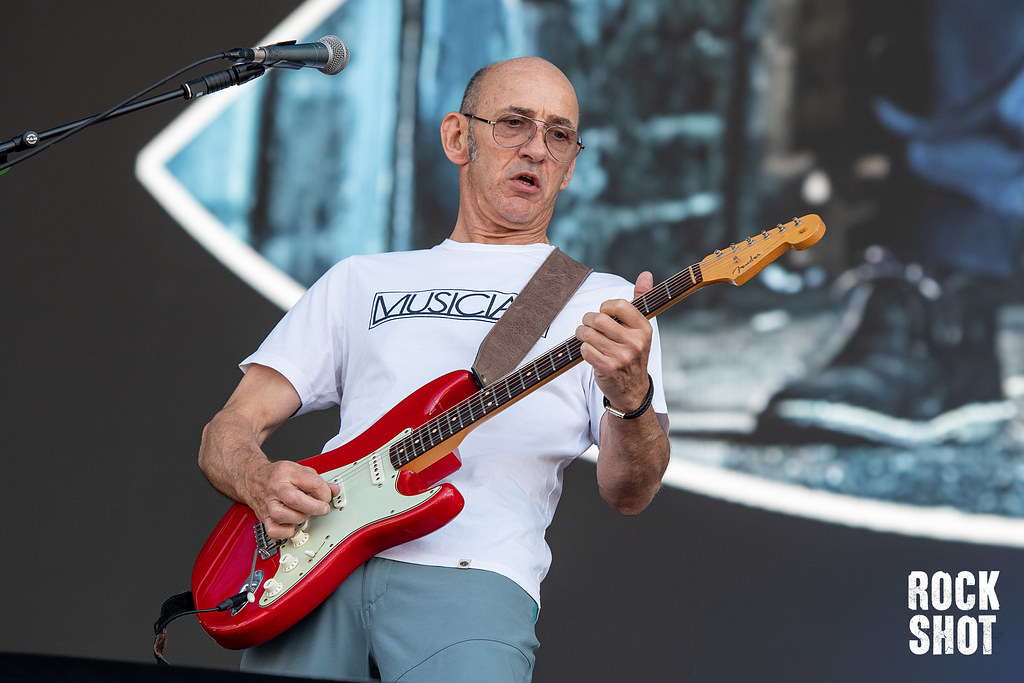 As the band ventured back to rejoin Vedder, they closed off their set in rhapsodic fashion, playing bangers Jeremy, Alive and Neil Young’s classic Rockin’ In The Free World for which they conjured tennis legend John McEnrore – in town to commentate at the Wimbledon tennis championships – to join them on guitar. 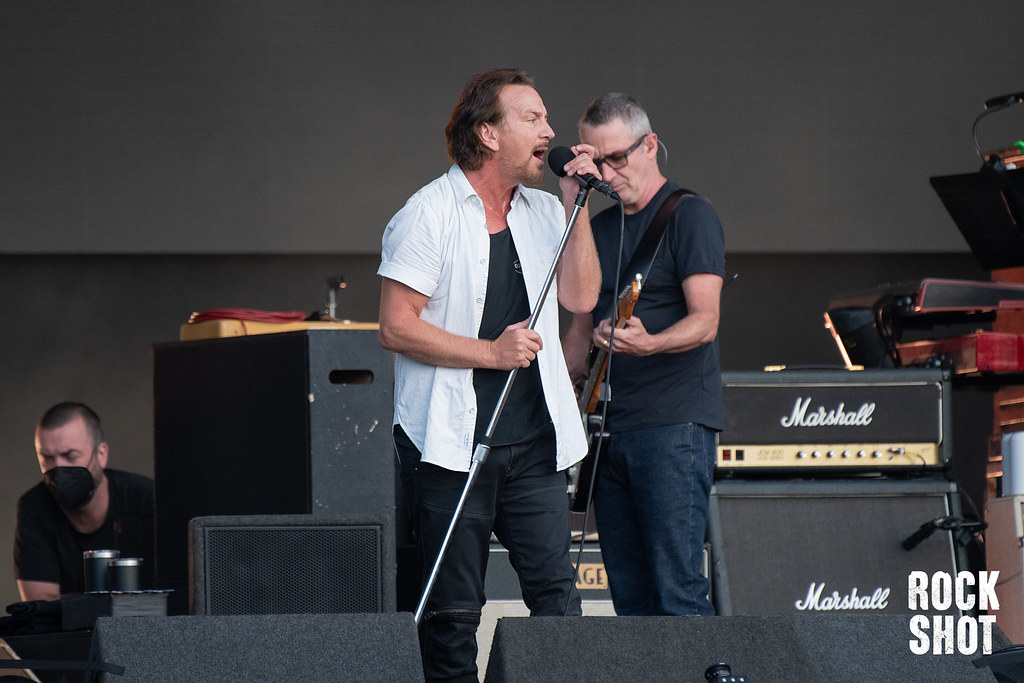 With two tambourines in hand Vedder repeatedly ran from one side of the stage to the other, jumping off amps and throwing the tambourines into the crowd in hectic fashion. It is a chaotic end befitting of the artists frequently touted as the pioneers of grunge, and repeatedly acclaimed as one of the best live acts in the world. 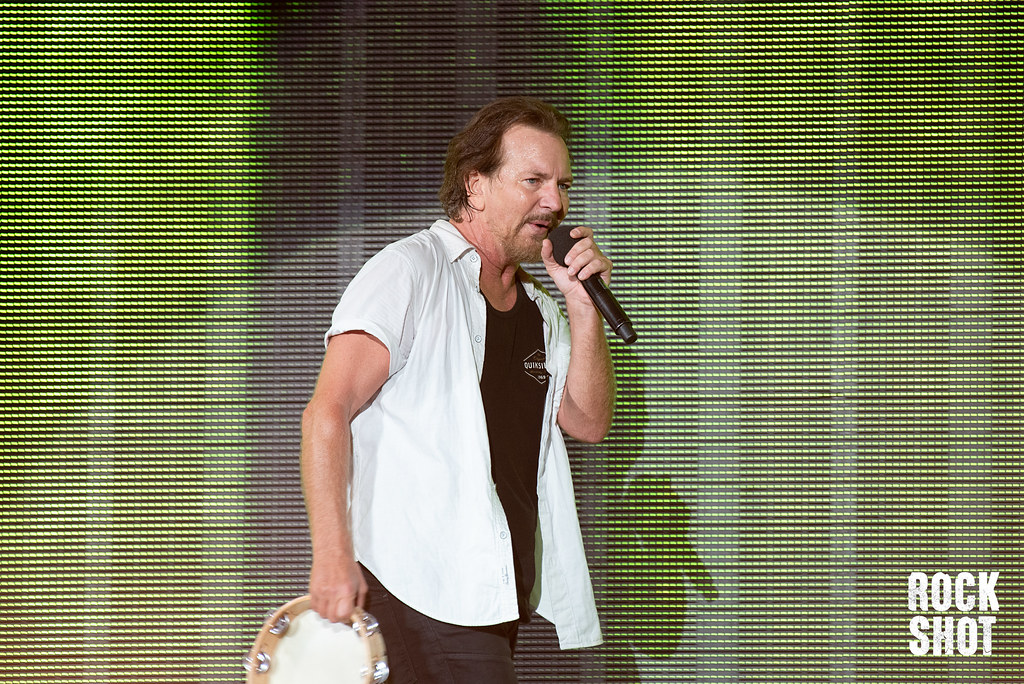 It’s hard to remember a time when London was so busy. In just one short weekend one was completely spoiled for choice...
Read More
Tweet
Share
Share
Pin1