The Big Moon Make A Statement With Here Is Everything

London-based four-piece The Big Moon have been making waves since they formed back in 2014 and subsequently released debut record Love In The 4th Dimension just three years later. Two weeks ago, the group dropped undoubtedly their finest body of work to date with third record Here Is Everything, which features singles Wide Eyes, This Love, Trouble and Daydreaming. 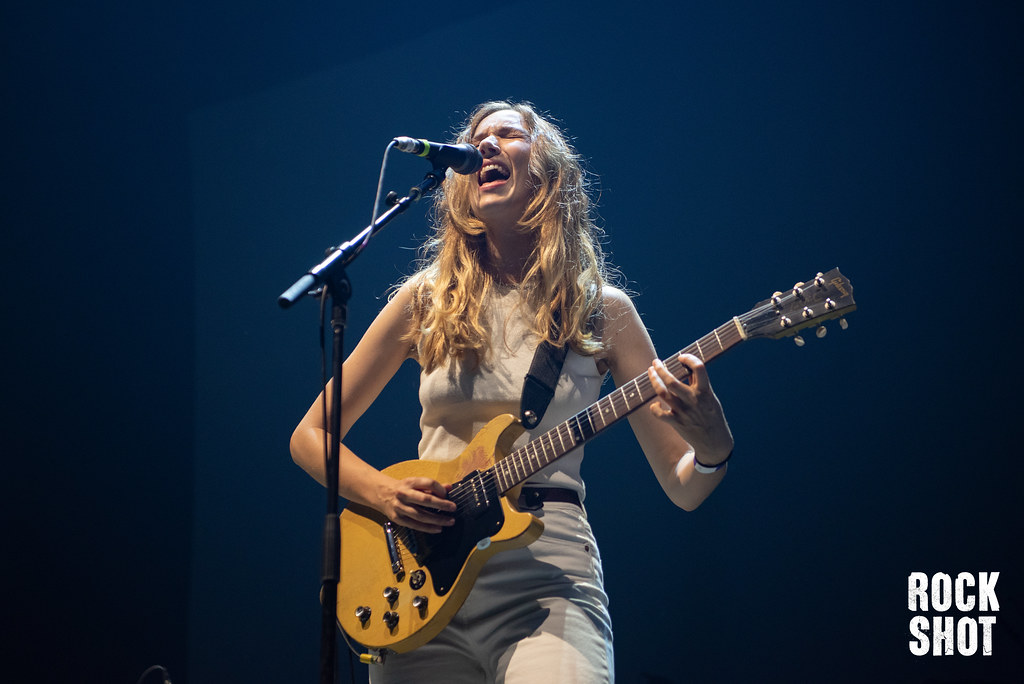 Like so many records landing in store and on streaming services right now, Here Is Everything was conceived during the weight and worry of lockdown in a pandemic. Worlds were turned upside down and inside out. Lives became seismically different, whilst every day a carbon copy of the last. So, whilst Covid pulled the duvet tightly up over our heads, it was also the unlikely backdrop to welcoming new life. Vocalist Jules might have started lockdown teaching fans how to play guitar on Zoom to help pay the rent, but she ended it as mother to a super little human being. 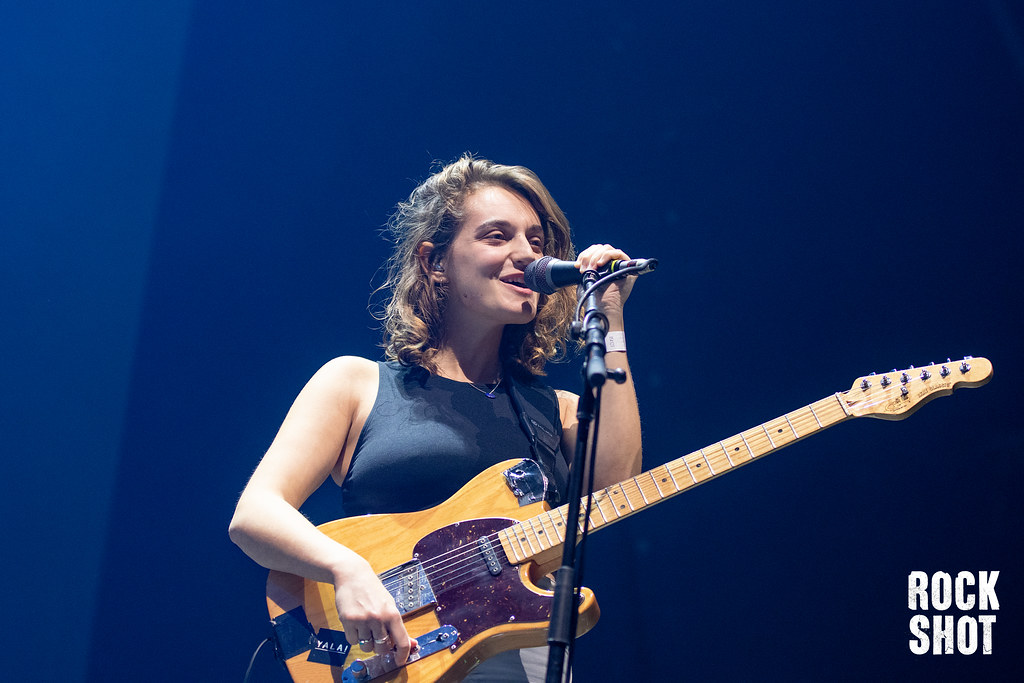 Here Is Everything documents the arrival of that baby in real time, and the simultaneous arrival of a new mother, full of excitement and fear. Indeed, the album cover features a pregnant Jackson, captured by photographer Pooneh Ghana. Meanwhile, the rest of the band doubled-down in the studio, taking Jules’ embryonic song frameworks and stepping forward as one, revelling in an innate, giddy togetherness and with a clutch of genuinely fantastic tunes. 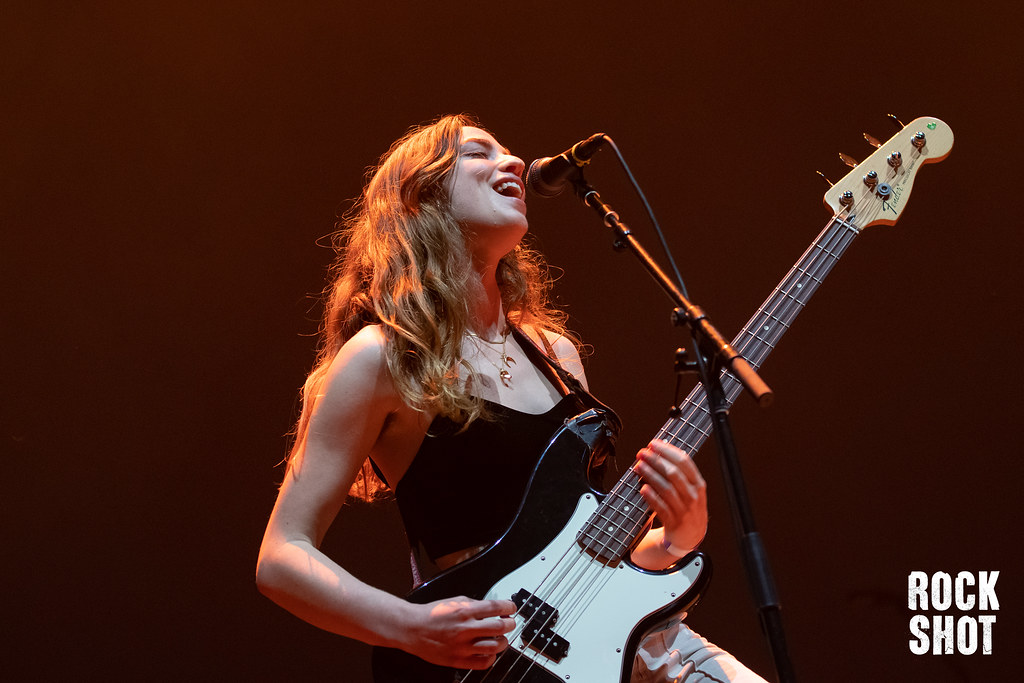 On lead single Wide Eyes, front woman Jules Jackson says “I was desperate to write a really big, happy song. My soul was overflowing with the joy of something but I was too physically and mentally exhausted to actually string words together and define it and make music with it. In late 2021, I met Jessica Winter who came into my life like an angel and helped me turn those jumbled feelings into a song and I think it’s just a mad snapshot of a time when life just felt huge and holy and raw and incredible. 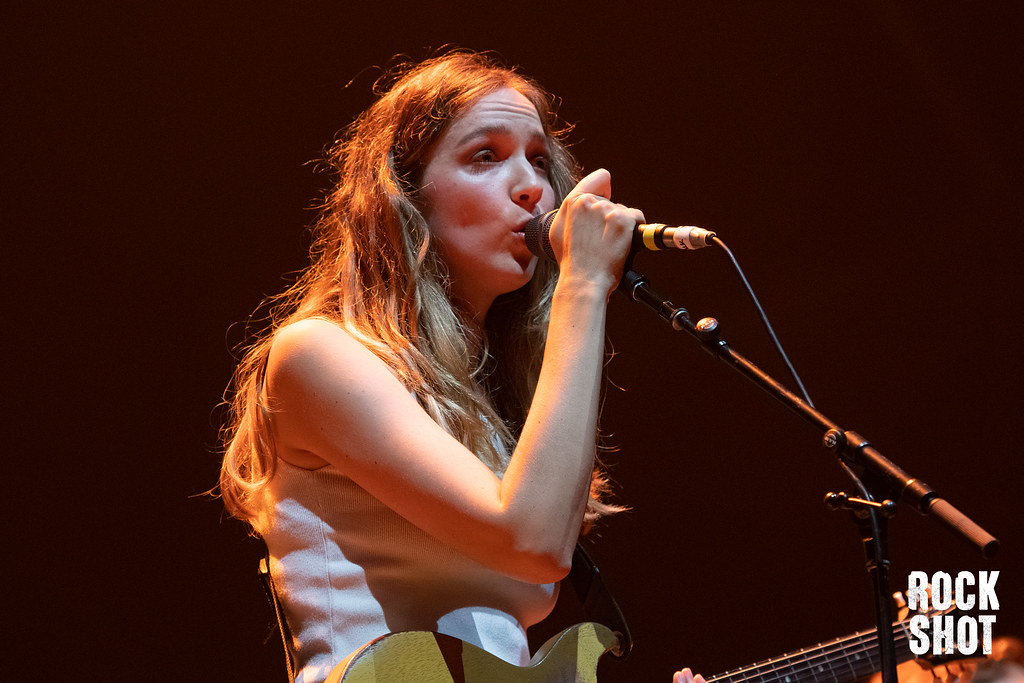 “I was nursing a five month old baby, I was barely sleeping, I was losing my hair, I was pumping and sweating and crying and lonely and only just about coping, but amongst all that, I felt a burning love and a new kind of happiness. I guess the world felt innocent again. For a while anyway. 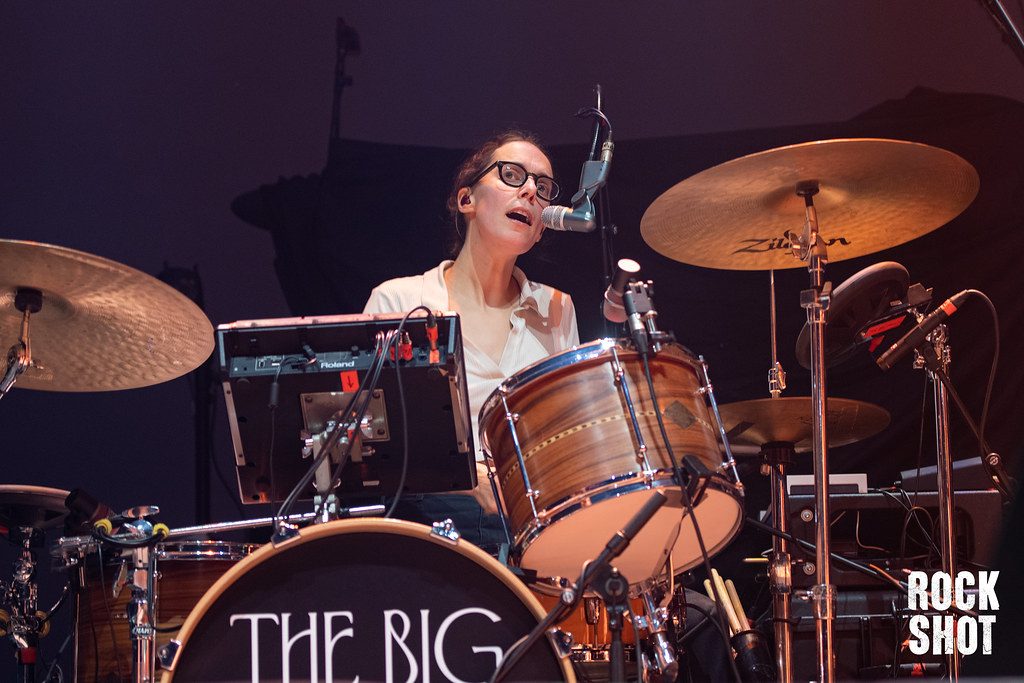 Check out the video for Wide Eyes below:

“For me, this song feels so personal but when Soph, Celia and Fern stepped in, it turned into something bigger, and it feels like friendship and promise – we have loved every minute of being back together and doing what we do. With this song I get to spend three and a half minutes in that place, and that time, and I’m so glad I have it and I’m so glad I get to share it with people.” 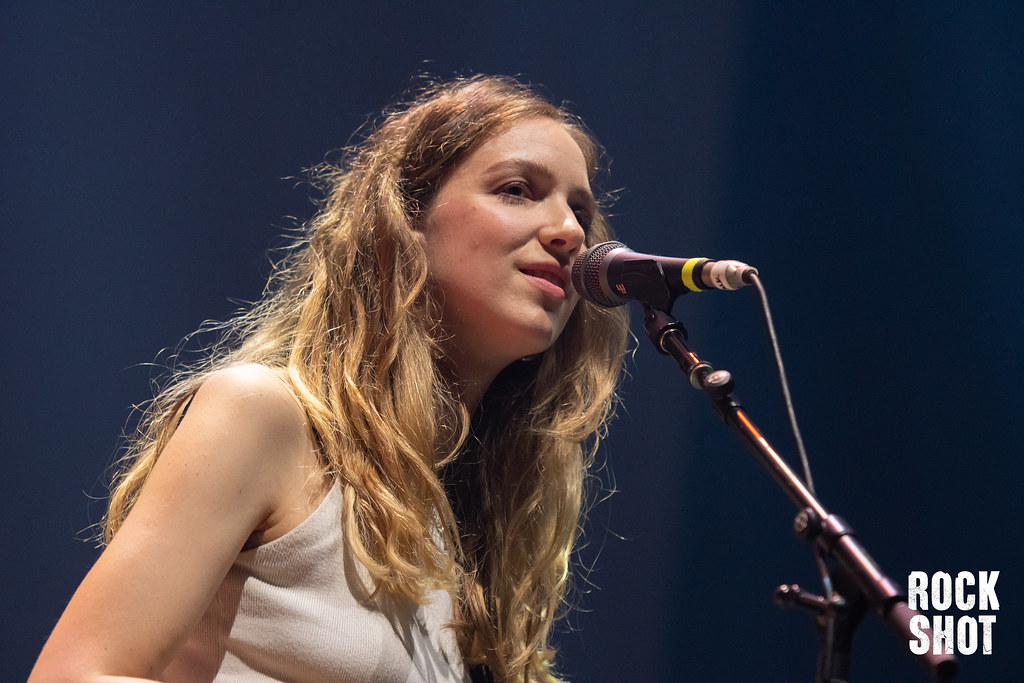 Here Is Everything was mostly self-produced, with the expert guidance and expertise of co-producers CECIL (Self Esteem, Jehnny Beth, PJ Harvey) and the Grammy Award winning producer Ben Allen (Gnarls Barkley, Deer Hunter, and the producer of Walking Like We Do). 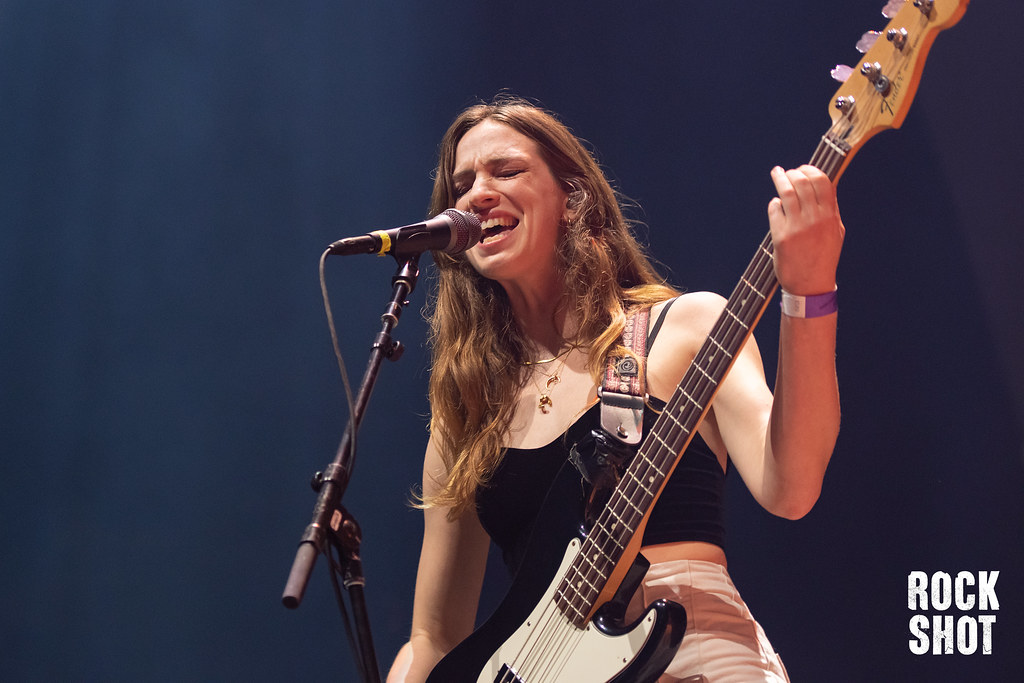 The Big Moon played a number of festivals over the summer including Truck Festival, Kendal Calling and Y Not Festival. They then embarked on an eight-date U.K. headline tour, closing out with a show at London’s Kentish Town Forum before embarking on a run of intimate album launch shows through October. 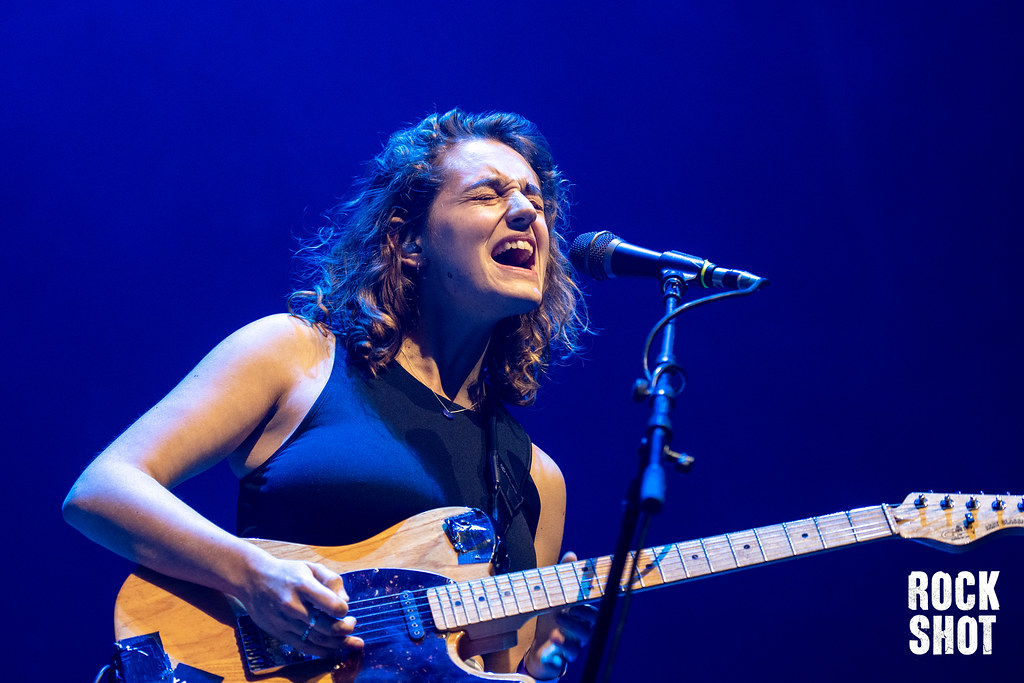 They then demonstrated just how their sound can fill an arena, storming London’s Alexandra Palace this week, opening for Paolo Nutini. They will go on to headline Camden’s famous Roundhouse venue on 31st May 2023. 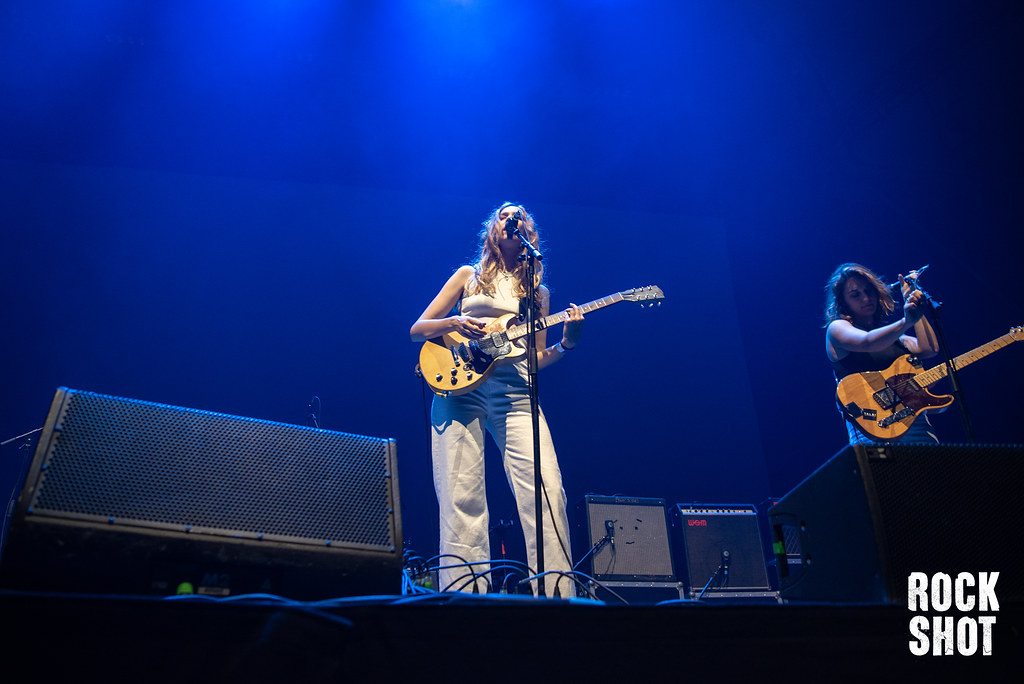