Rock and Roll is dead, so ‘they’ say. Not so if you happen to be walking around Brixton as fireworks ignite in the sky on bonfire night. Tonight there are crowds dressed in black, red, leather, fishnets and other such clichéd rock attire beelining to one or other of Brixton’s key live music venues. Brazilian metal band Sepultura take on former Fridge venue now restyled Electric Brixton, while NYC’s own The Pretty Reckless have sold out the Brixton Academy. 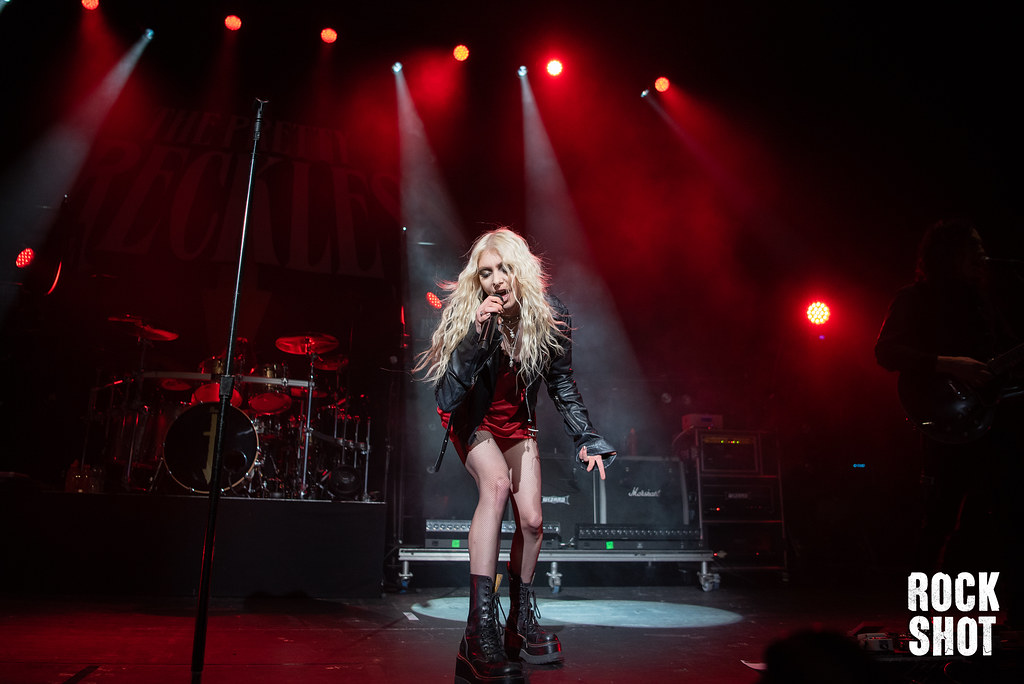 The Pretty Reckless have amassed a huge following on both sides of the Atlantic since forming in 2009 (and re-forming a year later), as has been demonstrated by an extensive run of European shows in support of fourth record Death By Rock And Roll, the U.K. leg of which is closed out tonight at Brixton’s legendary 5,000-capacity Academy. Sure, frontwoman Taylor Momsen might be more familiar to some as one of the leads in naughties hit TV show Gossip Girl, but Jenny Humphrey has long since been shed and Momsen truly sparkles as one of current hard rock’s diamonds. 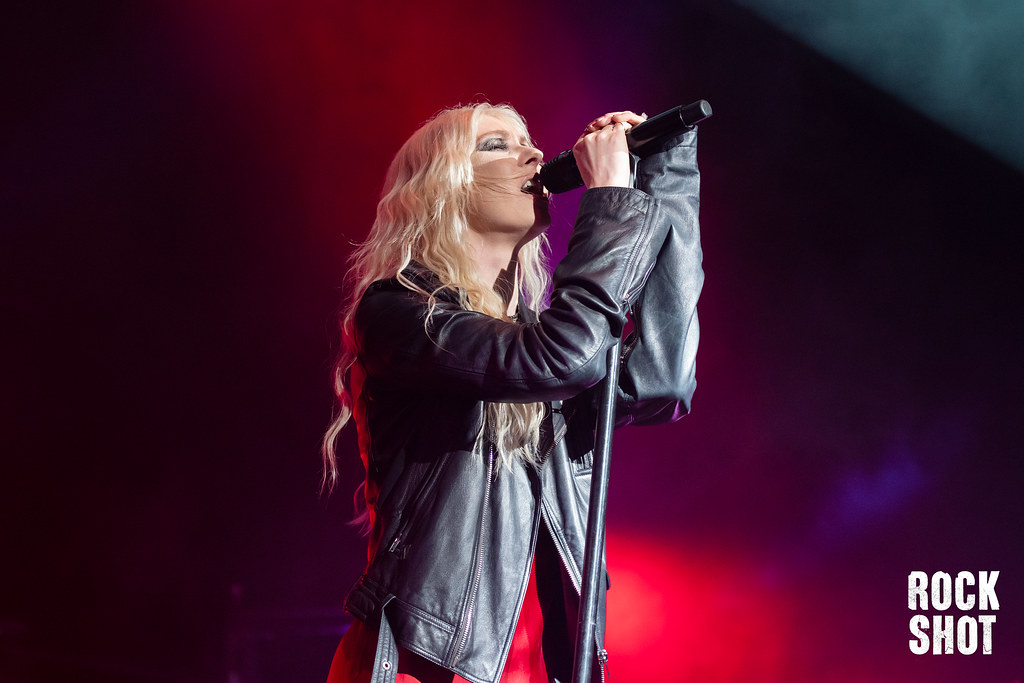 Appearing on stage shrouded in darkness, drummer Jamie Perkins, bass player Mark Damon and guitarist Ben Phillips take their spots with sirens roaring through the PA as frontwoman Momsen strolls onto stage, her face hidden beneath a curtain of blonde hair. “On my tombstone when I go, just put death by rock and roll” she groans, as the band launch into their latest album’s title track, the Brixton crowd belting out every word. 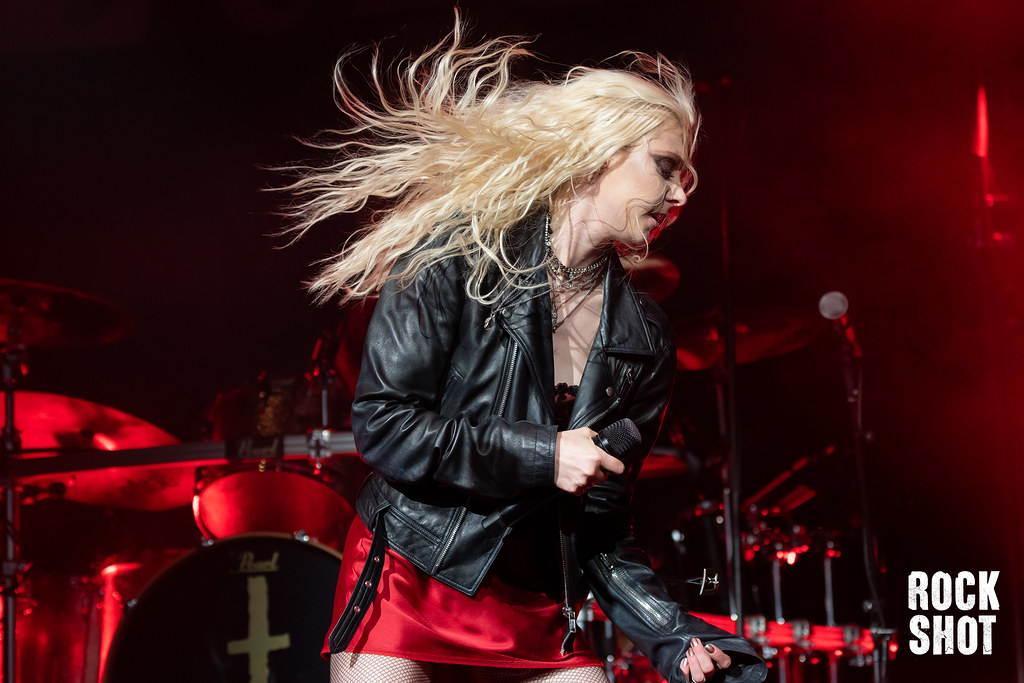 The lights are turned up to show the 29-year-old frontwoman dressed in a red slip dress, black leather jacket and huge boots, very much akin to the droves of fans seen earlier flocking to the former Astoria Variety Cinema. The jacket doesn’t last long. 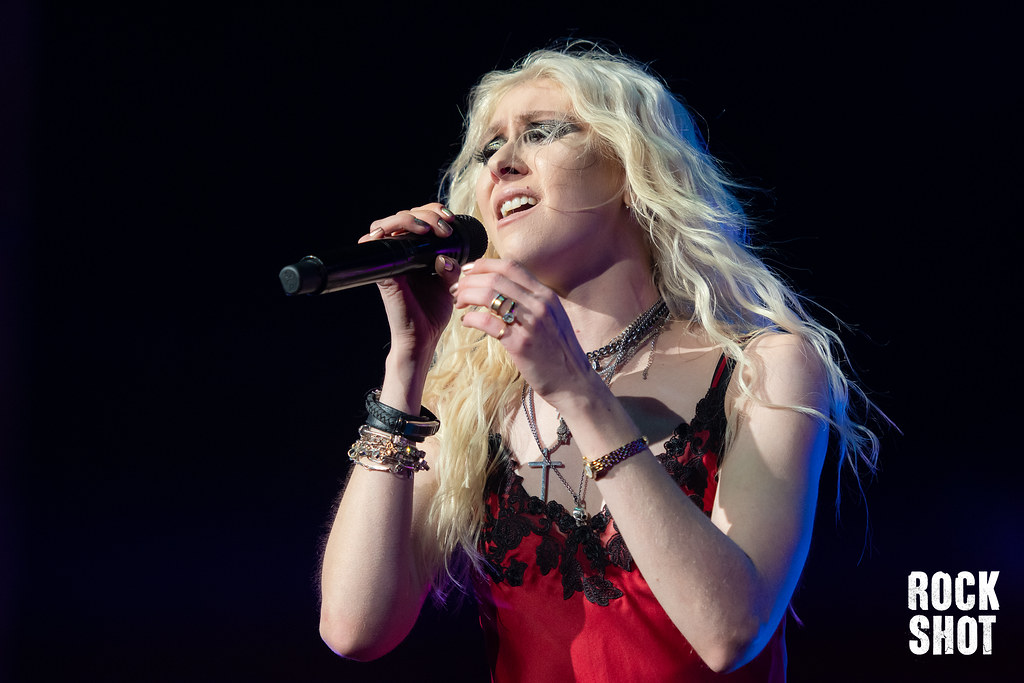 “London!” Momsen screams as if the word was a crescendo in one of the group’s heaviest songs. “How the fuck are you doing tonight?!” she continues as Phillips bangs out some notes ahead of launching into the intro riff to debut record cut Since You’re Gone, Momsen taking the freedom of not wearing a guitar to move about the length of the stage, taking opportune moments to step onto the risers that flank the band, her blonde locks being tossed fervently. 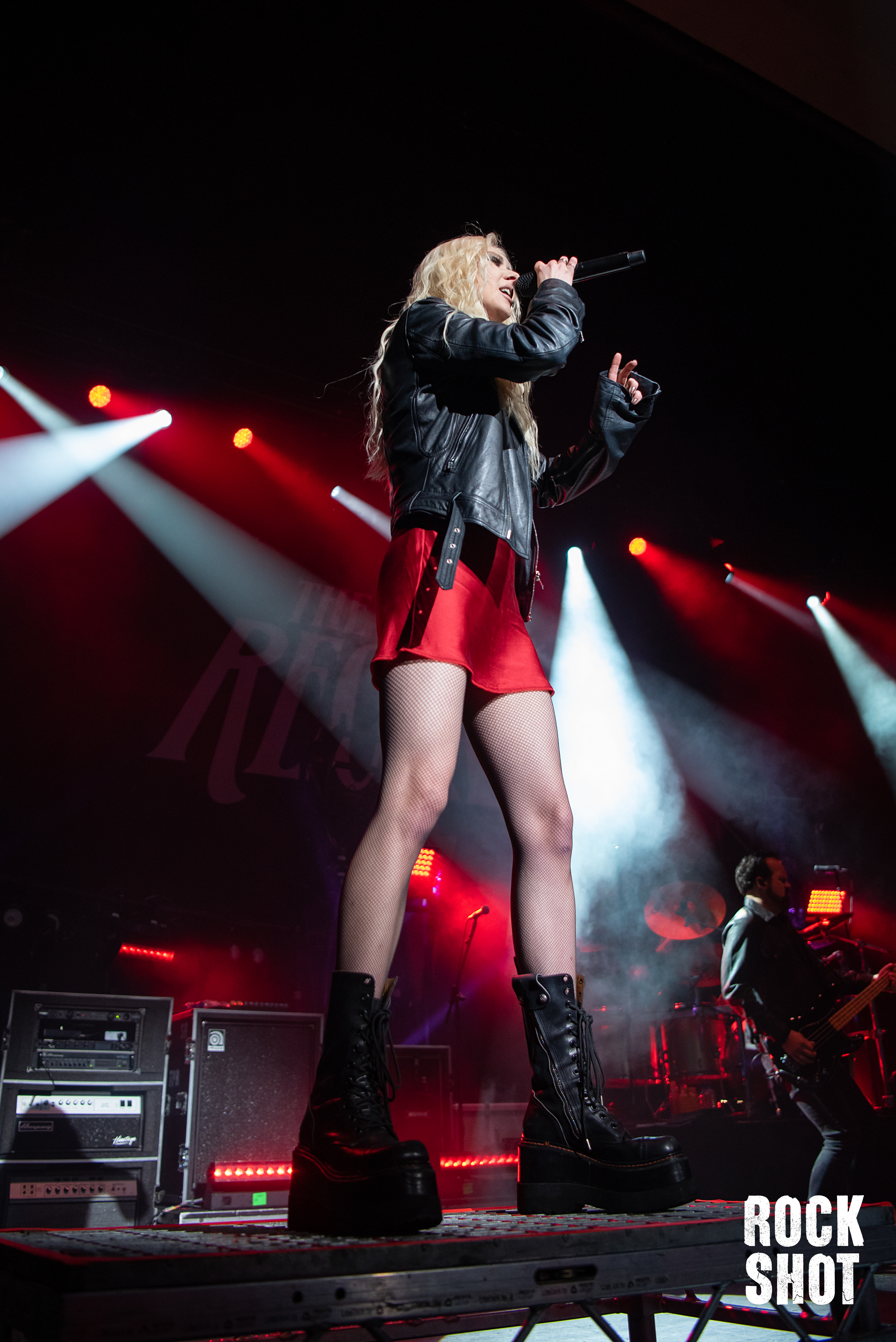 It’s back to the new record next, Phillips doing his best Kim Thayil, and Perkins channelling Matt Cameron, the duo taking over from the Soundgarden guitarist and drummer respectively who guest for the album version of the tune, a collaboration born out of the close connection the two bands share following The Pretty Reckless opening for the Chris Cornell-fronted band on their ill-fated final tour which was cut short upon the passing of Cornell. 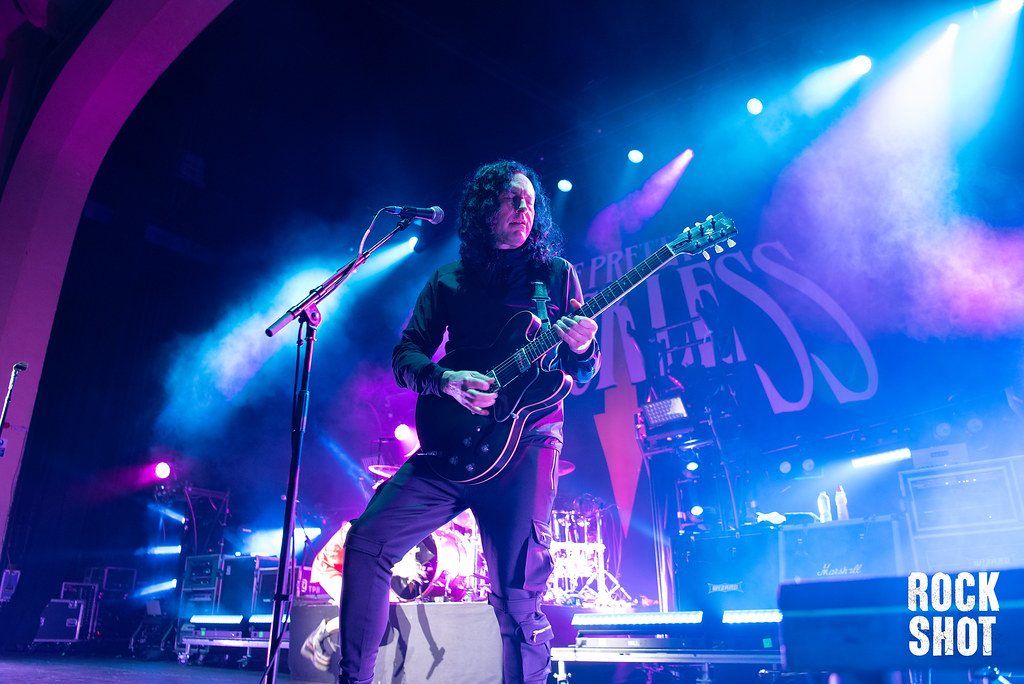 Debut record Light Me Up fans are treated to a trio of cuts next, UK Rock Chart number one Make Me Wanna Die’s epic drumming is taken to the next level with tonight’s live rendition followed by Miss Nothing and fan-requested Just Tonight, Momsen taking every opportunity to hand vocal duties over to the resplendent rocker crowd, all smiles and nail varnish. 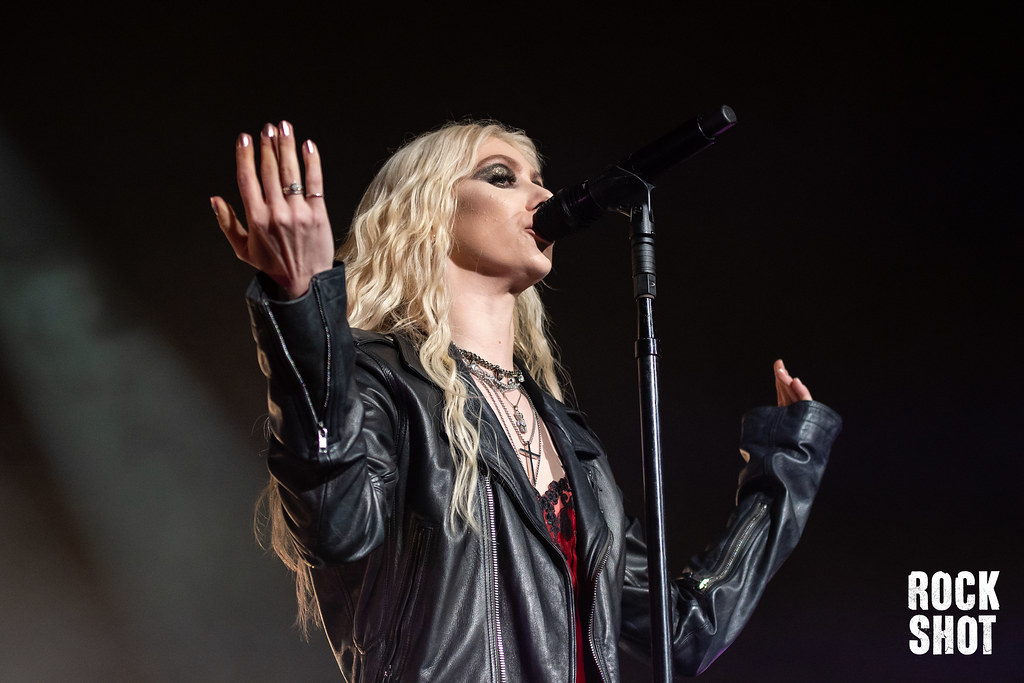 As bright spotlights chase the frontwoman around her stage and largely leave the rest of the Reckless encased in darkness throughout the night, it’s clear that the band have embraced the fact that this is largely the Taylor Momsen show. Perkins, Damon and Phillips are tremendous musicians, but we barely see them aside from brief solos from each late in the set. 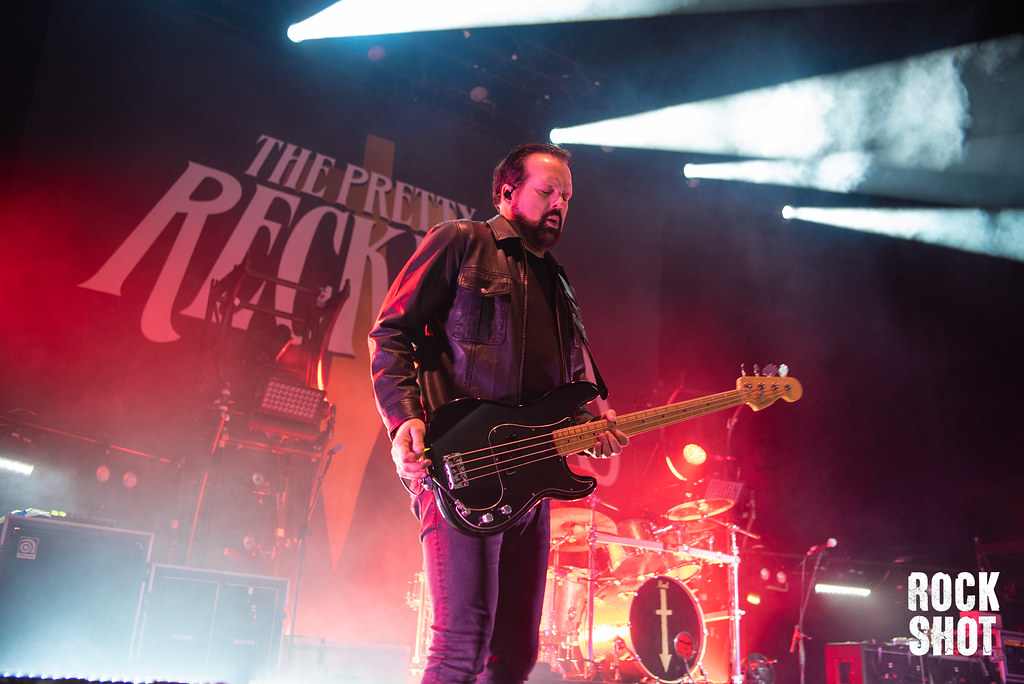 But that’s ok, the St. Louis native is enough and, four records in, a sufficiently seasoned draw for a hard rock crowd. Her screams are blood-curdling, her voice can be equally demure at the opposite end of the scale and she has everything in-between in her vocal arsenal. An arsenal that is perhaps even more powerful live than in recorded form. Her showwomanship is equally ever-present and carries the night seamlessly. 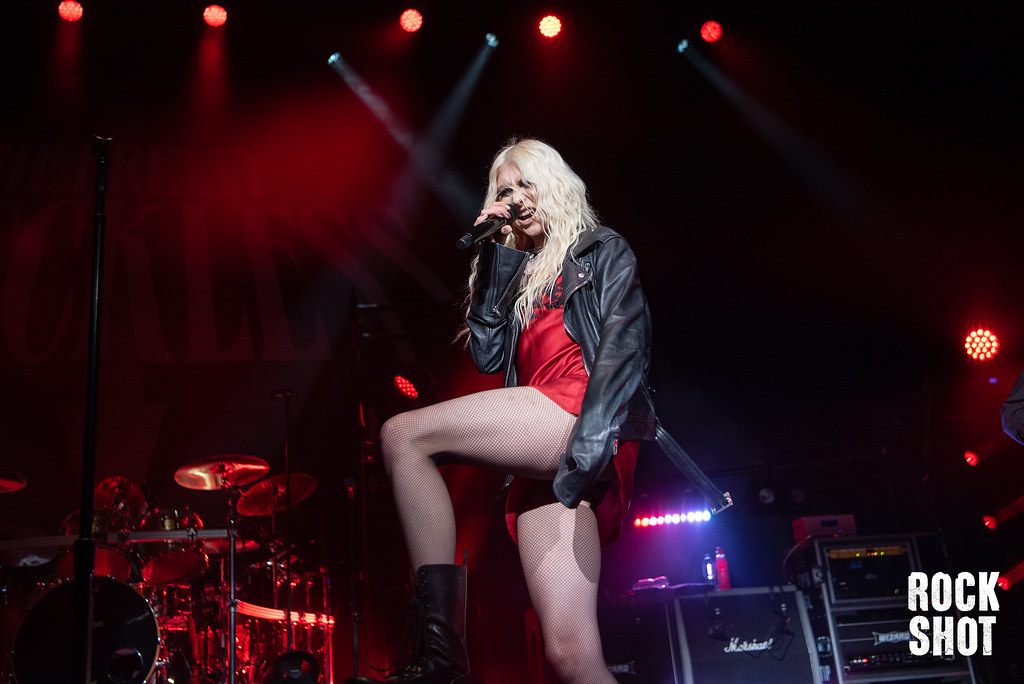 Guitarist Ben Phillips gets to flex his vocal muscles next, sophomore record Going To Hell’s Sweet Things introduced by Momsen as a “spooky one” as she continues to celebrate Halloween, the song introduced by a recorded voice introducing Sergei Prokofiev’s Peter And The Wolf. “Each character in this tale is going to be represented by a different instrument of the orchestra” the voice continues, abortively cut off by Phillips’ intro riff, Perkins’ storming beat reverberating noticeably off the Academy walls. 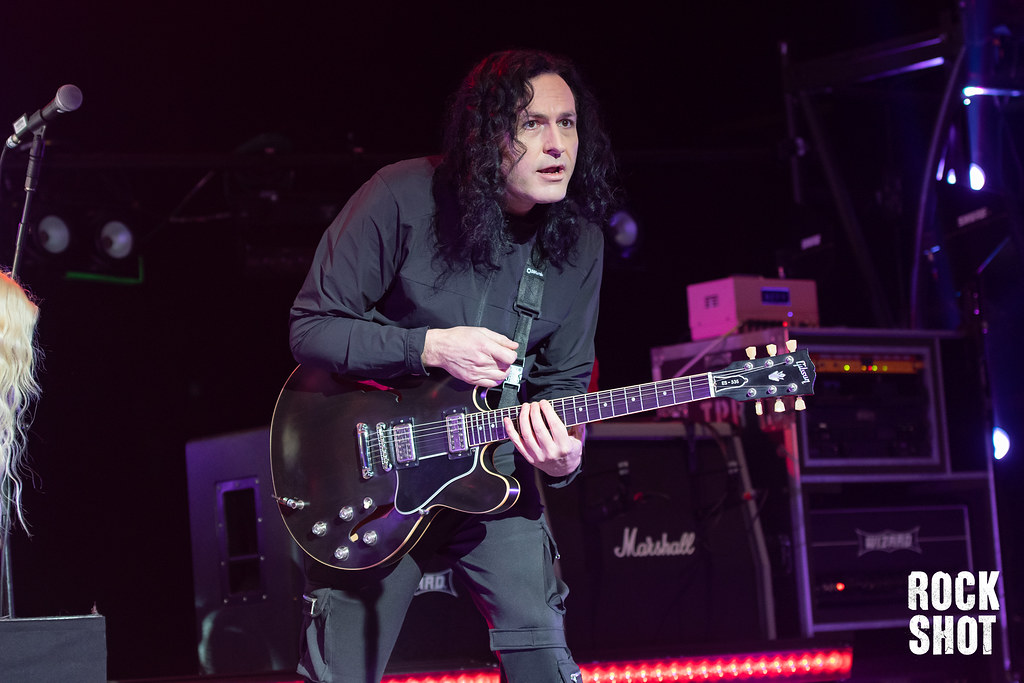 The spooky theme continues with latest album cut Witches Burn. “London! Where are all my ladies at?” Momsen demands before dedicating the tune to “anyone who’s ever been fucked over by a man”. 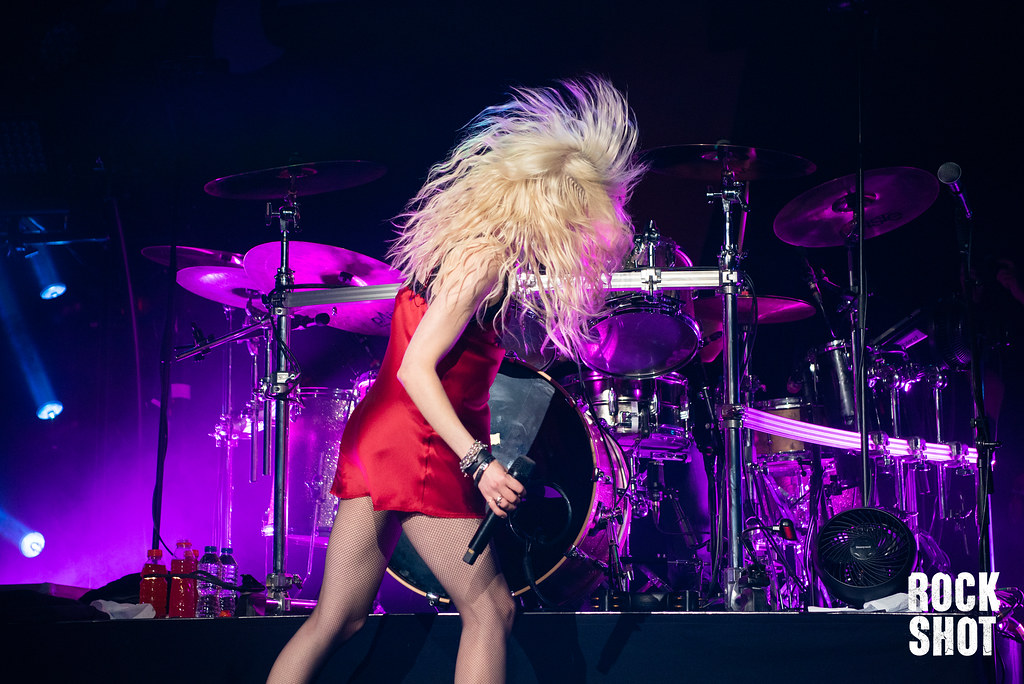 “London! Who’s drinking tonight?” the 29-year-old asks her audience as she straps on a guitar, dedicating debut record cut My Medicine to us self-medicators. 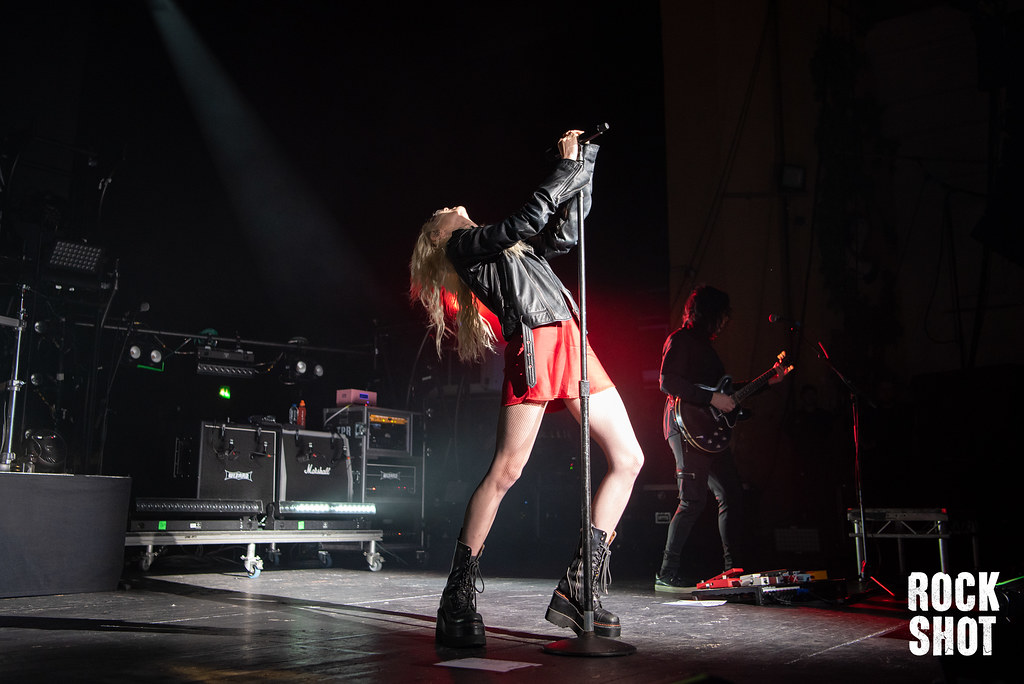 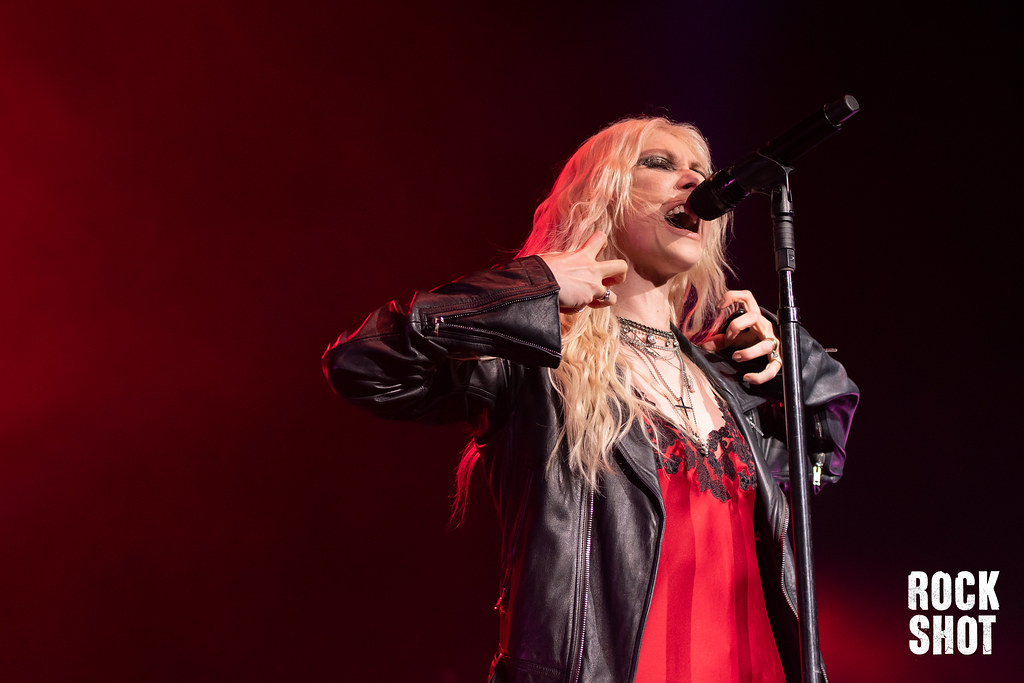 Phillips and Damon finally get their time in the spotlight as Momsen takes the instrumental break to leave the stage. The main set is closed out with notably the only cut from the group’s third record Who You Selling For, the album’s lead single Take Me Down. 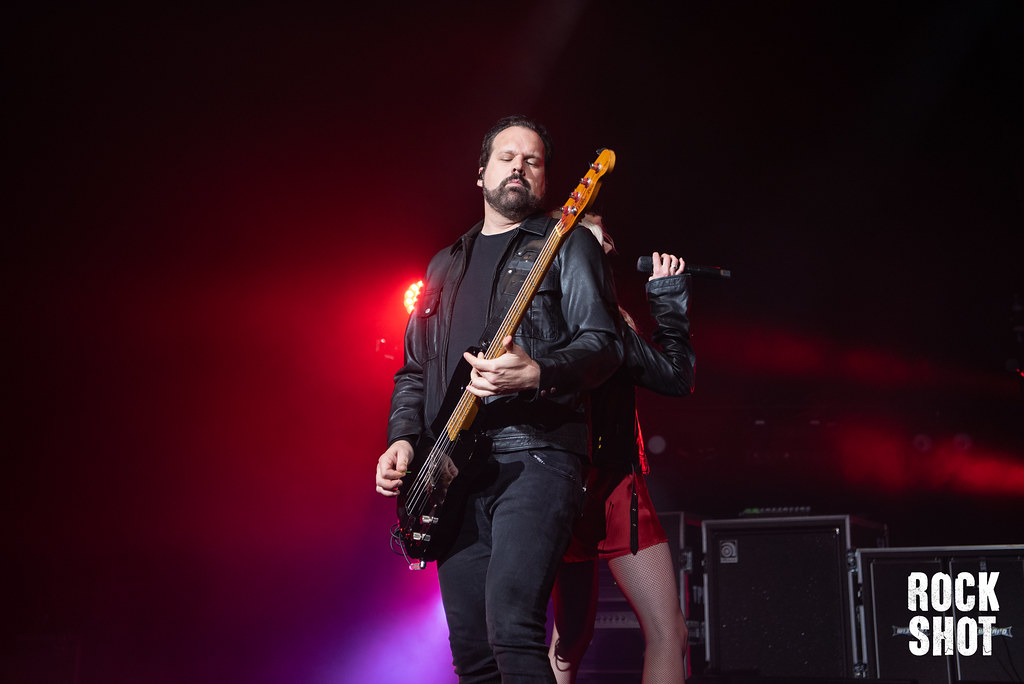 Following chants of one more song (and then two more songs), it’s not too long before the four-piece return to the stage. But rather than leaping headlong into another hard rock banger, Momsen describes the honour of playing with some of her heroes at the recent L.A. tribute show in honour of late Foo Fighters drummer Taylor Hawkins. Encouraging the audience to raise their phone lights, the group dive into a paired-back rendition of Foo Fighters’ 1999 hit Learn To Fly. 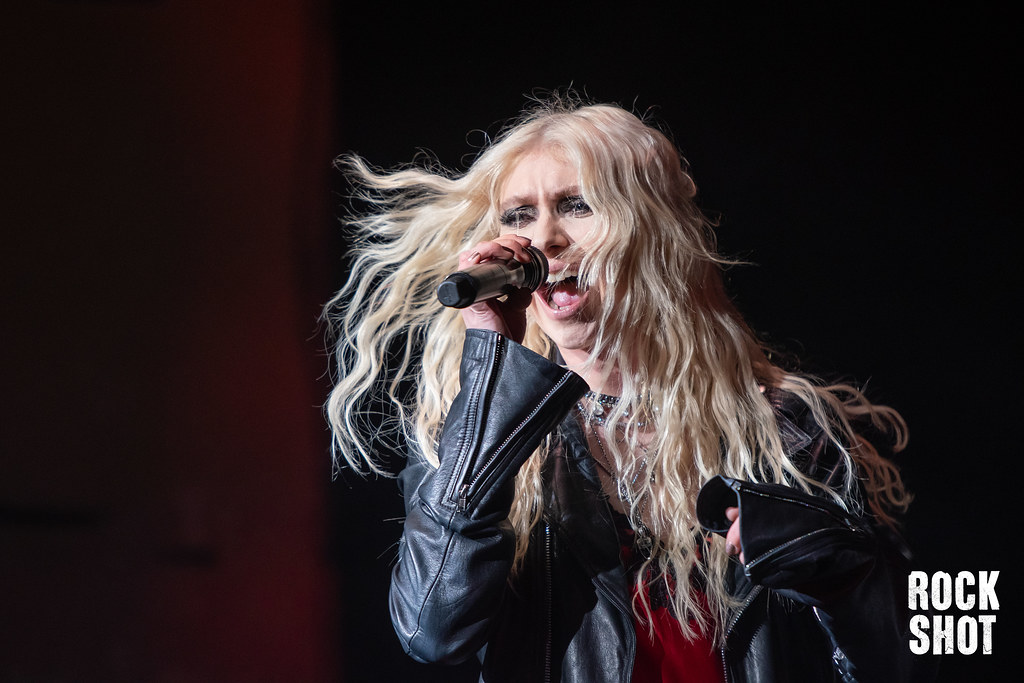 The tempo is stepped up for another cover next, this time courtesy of Neil Young’s 1989 classic Rockin’ In The Free World complimented with The Pretty Reckless’ hard rock stylings before the night is rounded out with a roaring outing of Going To Hell anthem Fucked Up World. 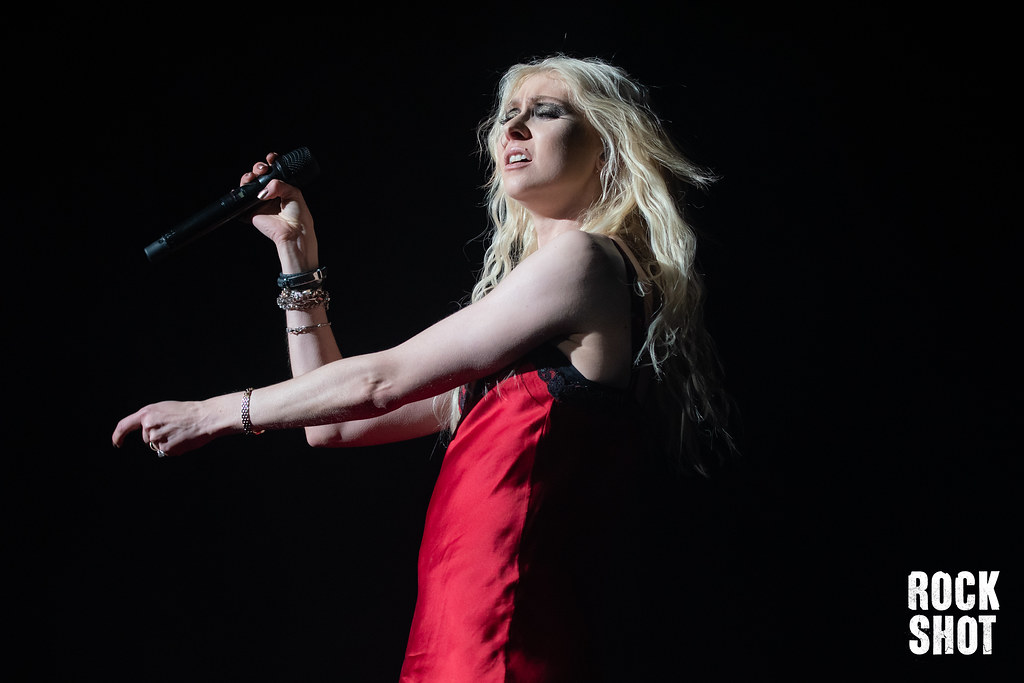 Sure, as hard rock bands go, the themes, lyrics and song titles might seem a little too clichéd: heaven, hell, witches, death, killing (complete with burying eight feet underground) and colourful language feature aplenty. But The Pretty Reckless are more than a cut above the rest, tonight demonstrating the place they hold both in the rock and the wider music scene. 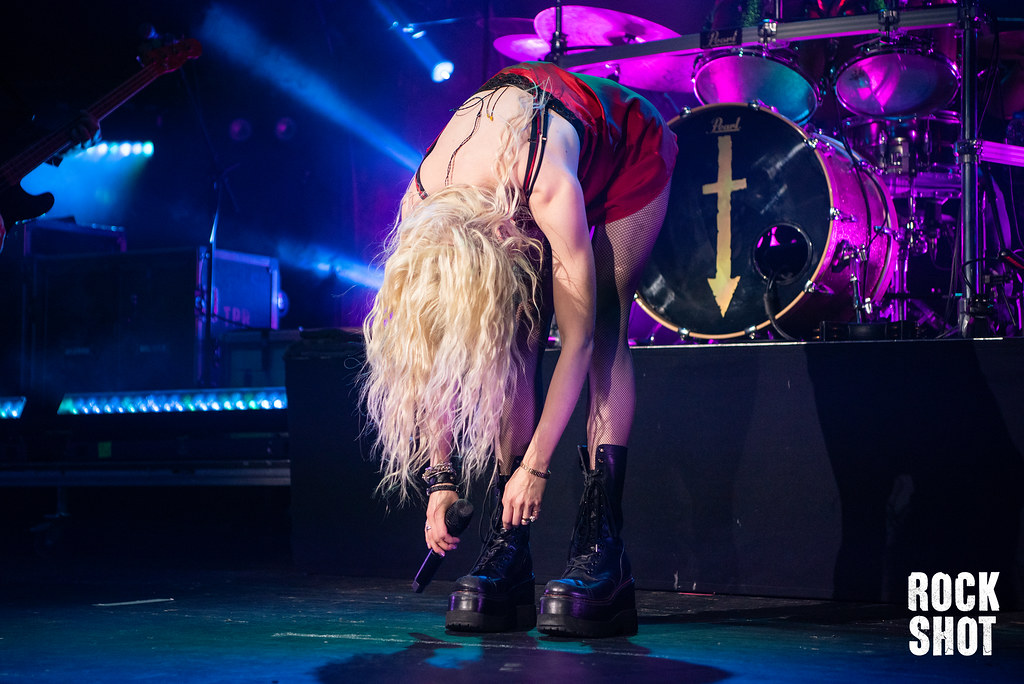 The Pretty Reckless released Other Worlds on 4th November, a collection of reimagined and acoustic tracks from the band as well as covers of songs by Soundgarden, Chris Cornell, Elvis Costello and David Bowie. They now head to continental Europe for a run of dates before closing out the year with a trio of hometown shows at NYC’s Bowery Ballroom. 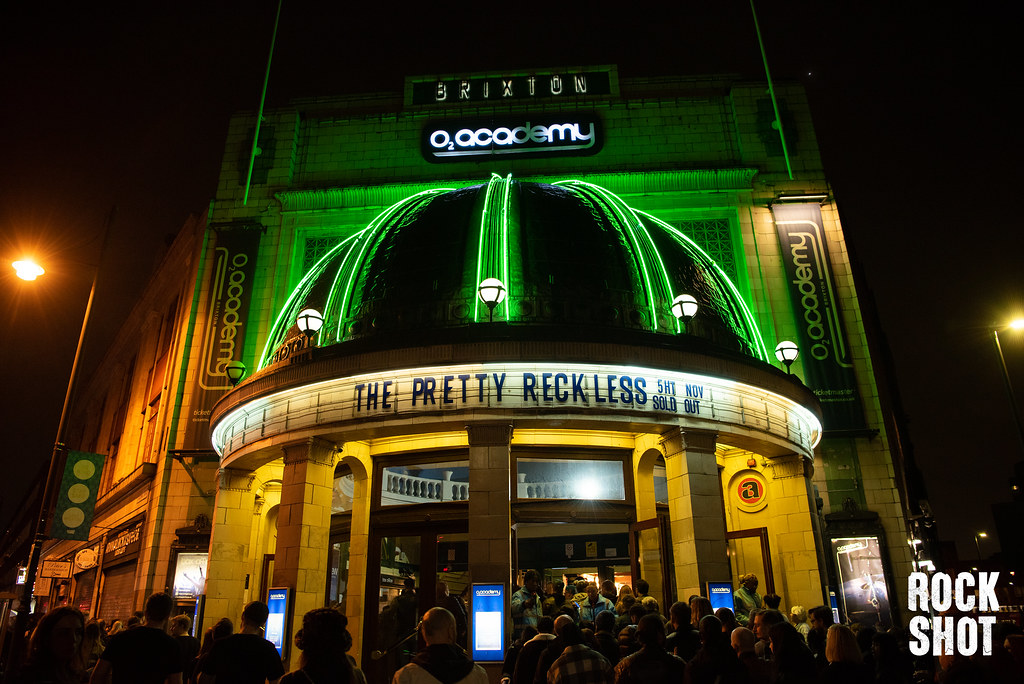 Live review and Photography of The Pretty Reckless @ Brixton Academy by Kalpesh Patel on 5th November 2022.